Sach Pass is a 14,500ft high, high altitude pass in Himachal Pradesh, and connects Pangi and Lahaul Valley with Chamba. It is also one of the toughest passes in Himachal Pradesh and is a real test of determination and skills of the driver/rider and fitness of the vehicle. 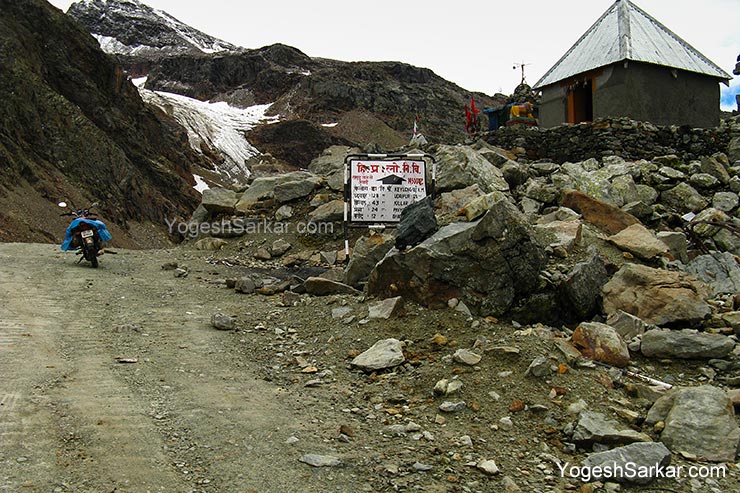 Since road to Sach Pass isn’t tarred and PWD is responsible for opening and maintaining the pass, it normally opens after Rohtang Jot and Baralacha La and closes before them. Normally Sach Pass is open from mid-June to mid-October and even during this period; it closes down frequently due to landslides and water logging. Add to that, even the road between Sach Pass and Killar can close down frequently during monsoon season. When this happens, you can cover Sach Pass from Chamba side, but cannot proceed further to Killar or Lahaul Valley.

So when is the best time to visit Sach Pass?

Best time to visit Sach Pass is immediately after the monsoon season and before the onset of winter i.e. September. This is the time when road is not only open, but also stable enough to not make you think twice about attempting it.

In September you will also find plenty of greenery en route, and the weather would be pleasant as well.

If you have to attempt Sach Pass before September, then my recommendation would be to go in July or August. Even though you will encounter monsoon rain, bad roads and landslides during this period, Sach Pass would be free of snow and more stable than it normally is in June.

October of course is the worst time to attempt Sach Pass, especially if snowfall has already begun. Since weather can be quite unpredictable at that time and dhabas at Satrundi and Bhagotu would be in the process of winding up or would have already been closed. Once that happens, there will be nothing between Bairagarh and Preygran, apart from police check posts on either side of Sach Pass.

At the end of the day, even though most people attempt Sach Pass because of its reputation as a tough pass and for a sense of adventure, it is best to avoid taking on unnecessary risks and travel when the weather is good.