When Salil, Sumit and I decided to visit Chandni Chowk on 7th April, we knew it was Ram Navmi. We figured at the most some of the shops would be closed, but we never thought some thing like this would happenâ€¦

After meeting at Connaught place, we proceeded towards Chandni Chowk. But just a few Kms before our destination, we were greeted by police barricades. We learnt that procession for Ram Navmi was passing through and it would take almost an hour for the barricades to be lifted. Hearing this, we decided to take u turn and try to reach Chandni Chowk through a different route. After 10 minutes of navigating through inner roads we reached Red Fort and we were a stone throw away from Chandni Chowk market. All we had to do was take a u turn, but as our luck would have it, the u turn was blocked.

Being left with no other alternative, we decided to park our motorcycles next to the barricade and wait. 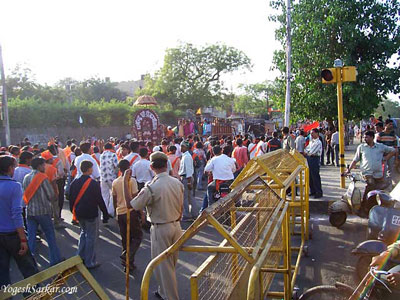 Like some one once said â€œif life gives you lemon, make lemonadeâ€. Remembering this, I realized, I had a wonderful opportunity to shoot photographs of the procession. 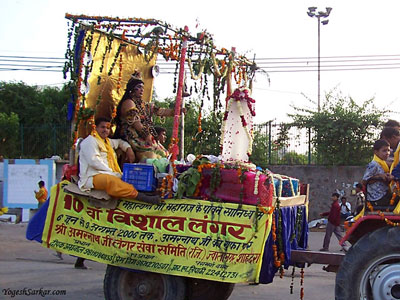 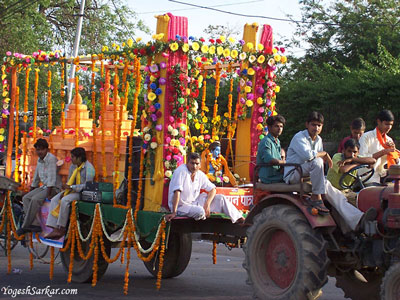 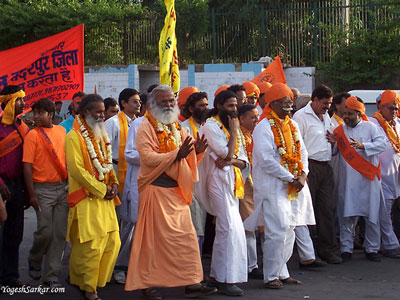 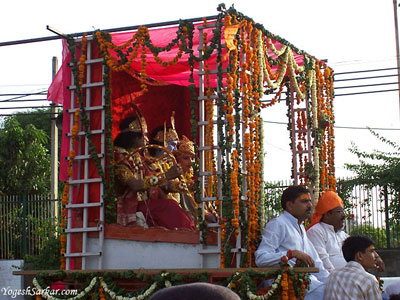 While taking photos, we had forgotten all about the traffic jam and were starting to enjoy the festivities. While others who seemed to be in a hurry and were busy arguing with police men to let them go. Poor police men who were just doing their duty were being booed, honked, cursed and what not.

I even managed to grab a shot of Red Fort, since I had been wanting to photograph Red Fort for a long time. But for now a shot from a distance would have to do… 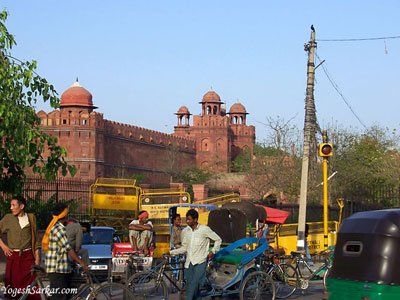 Once the procession was over, cops started to remove the barricades and we realized that we had been stuck in a traffic jam for past couple of hours!

But I realized one thing, no matter what the situation might be, having fun is a state of mind and sooner we start dealing with small problems/annoyances with a smile, sooner we will realize what life is all about. Â