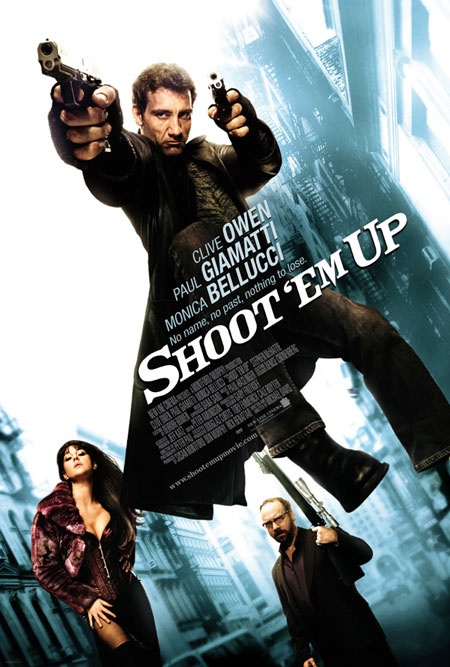 Shoot â€˜Em Up isnâ€™t your run of the middle kill all violence promoting movie, it is in fact a movie which takes violence to a new level.

So what exactly happens during the course of the movie?

Well the hero and the bad guys shoot each other in ally, rooms, hotels, brothel, cars, while sky diving, while delivering babies and even while having sex!

Who says Action/Crime movies are all about mindless violence?