Just finished watching the sixth and final episode of Long Way Down, a motorcycle travel documentary by Ewan McGregor and Charley Boorman. 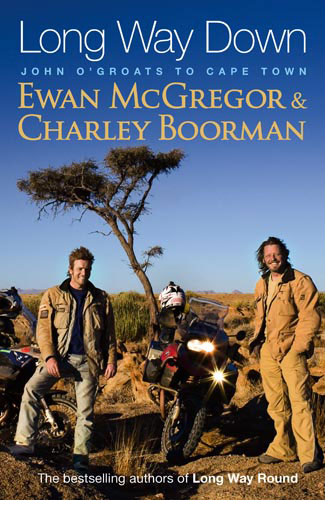 This acting duo had previously made Long way around, another motorcycle travel documentary which I had liked and appreciated. However Long way Down failed to live up to the expectation set by Long way around.

First off the whole documentary and trip seems to have been done in haste and just to make some more money, rather than for actual sense of adventure and travel. In fact it doesnâ€™t do any justice to Africa, there is just so much to see and do there, yet it just seemed like a road trip between Delhi – Mumbai!

The duo and rest of the camera crew did try to spice things up by showing danger, excitement, hardship and what not, but at the end of it all, it appeared more fake than real. I mean who walks along side their motorcycle on encountering little mud on the road? Heck even my fully loaded Pulsar 180 can do that stretch with me on board without breaking a sweat, I like to believe those BMW R 1200 were more than capable of tackling it and more!

To make things even less exciting, Ewanâ€™s wife joins in on the last leg of the trip and then they changed the trip route to make it more comfortable for her. I donâ€™t know what Ewan and rest of the crew were thinking, but in the next documentary of this sort, I wouldnâ€™t want to see her again, in fact I wouldnâ€™t even like to see Ewan in it! Charley would be better off making a documentary by himself. It might not be as glamorous with Ewan out, but it would be adventurous and fun to do and watch!