An integral part of street/travel photography is portrait photography and if it happens to be a village fair, it is all the more important.

However in a frenzy to come up with such photographs, photographers can often forget that the subject they are capturing through their lens are living human being who have feelings and might not wish to have his/her photo taken!

While majority of the people wonâ€™t mind having their photo taken, a few definitely donâ€™t appreciate a complete stranger capturing them in his/her lens while they are busy with their life and are bound to protest!

I witnessed a similar scenario during Pushkar Camel Fair, an elderly foreigner was busy photographing camels and then turned his attention towards their owners, who were sitting and discussing something. Almost all of them said no in English and even signaled with their fingers, telling him in no uncertain way that they donâ€™t appreciate what he was doing, he kept on shooting till one of the camel trader got up and walked up to him!

At this point I thought the I would be witness to a fight, thankfully for that elderly gent the camel trader while angry, wasnâ€™t angry enough to beat him though he did make his anger over having is photograph taken, apparent to him. The elderly photographer again showed his dismissive attitude towards them and just walked off mumbling something leaving the traders there fuming with anger.

Just because the camel traders are poor, it doesnâ€™t gives any one a right to photograph them even against their will and frankly those who do, deserve to be beaten up! As they not only humiliate their â€œsubjectsâ€ with such acts but also give other photographers a bad name!

My suggestion to the street/travel photographers would be to respect the people they are photographing, irrespective of how rich or poor they are and in case someone isnâ€™t comfortable with having their photograph taken, then respect their decision and move on. After all there are plenty of photography opportunities waiting around the corner! 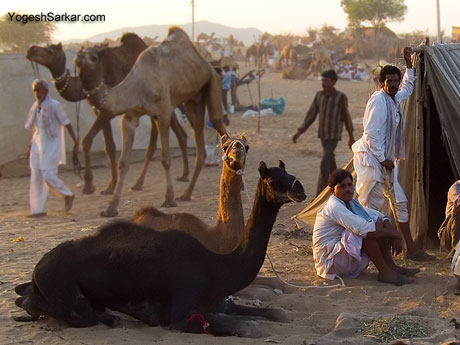