However as I ponder over whether or not to buy a new motorcycle next year (2009), I can not help but feel a bit uneasy about going with Hero Honda Karizma, a motorcycle which was launched in India in May 2003, and has so far only receive couple of minor upgrades. Not that it really needs any, because it is as potent a touring machine, as it was in 2003 and is one of the best, if not the best touring motorcycles in India. 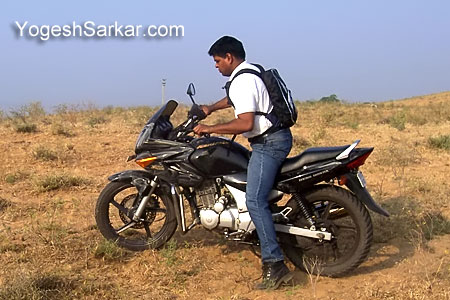 However with governmentâ€™s plan to introduce stricter emission norms in 2010, which could be strict enough to require majority of motorcycles to turn to Fuel Injection or other methods to comply or risk being phased out, I am unable to decide which way to go.

On the one hand, waiting for a new motorcycle could mean a more powerful and fuel efficient Karizma with Fuel Injection or it could just mean, Hero Honda scrapping Karizma altogether in favor of a â€œnewerâ€ model, which tries to compete with the likes of Yamaha R15 and FZ16 and concentrates more on bling factor than the robustness that a tourer like me needs and something almost no Indian motorcycle manufacturer is currently aiming for. This would leave me with almost no choice, since currently there is not a single motorcycle I would consider buying for my touring needs, other then a Hero Honda Karizma.

On the other hand, if Hero Honda does launches an entirely new motorcycle, instead of tweaking Karizma. It would mean that I might start facing spare part shortage in future, if I buy a Karizma now, less than a year before it might reach its end of life. This is a worrying scenario for me, because I intend to keep my motorcycles forever, and would be using the next motorcycle I buy, for majority of my touring for at least next 5-6 years. Based on that, easy spare part accessibility and servicing is major part of any purchase decision I make.

I wish I could just peak into the future and see how it would play out, however, unfortunately I canâ€™tâ€¦