Around half an hour back (around 2am) it was raining heavily in Delhi (at least in West Delhi area I live in), accompanied as usual by plenty of lightning, kind of like god was taking photographs of Earth with the flash on :D.

As usual I am awake at this unearthly hour and decided to try and capture this natural spectacle through my lens. Went out with just my camera in hand and shot a photo at f2.8 and kept the shutter open for 5 seconds. 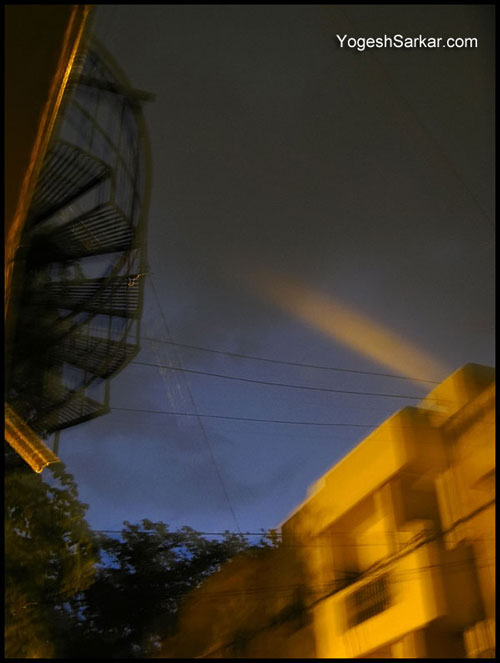 Went in and brought my tripod out, mounted the camera and this time kept the shutter opened for 15 seconds. 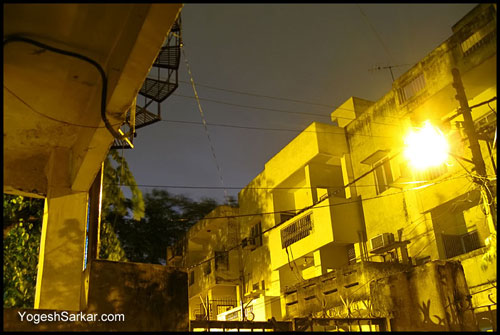 Although the photo looks nice, it wasn’t what I was hoping for it to be. But with the lightning almost gone and being stuck in a ground floor flat, there isn’t much I can do.

I am now really hoping that on my next trip I’ll get a chance to see and photograph some thunderstorm and would finally be able to capture the shot I am now so much lusting for!