Another shopping day in preparation of my upcoming Ladakh trip, today on the shopping list was Saddle Bag and a fast AA battery charger.

Got stuck in traffic again, en route to Adventure 18, from where I was supposed to buy Cramster Colt Saddle bag, as my previously made custom saddle bag had reached its end of life. Adventure 18 shop was easy to locate, thanks to directions put up by Eric on BCMTouring.

As I had confirmed with them on phone yesterday, they did have Cramster Colt Saddle bag in stock and I decided to buy one in complete black color, like the one in the picture below. 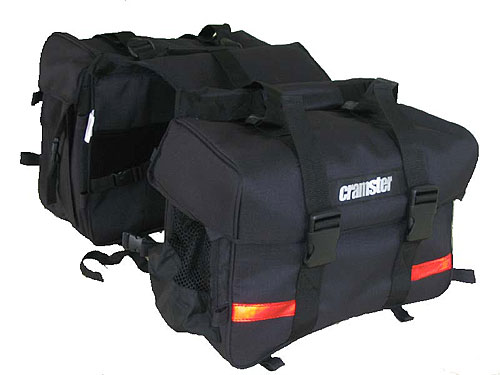 While waiting for the black colored bag to arrive (it was in their storage room), I checked out a few Swiss Army Knifes from Victorinox, something I have been wanting to buy for a long time. Decided to make an impulse purchase and bought this basic 9 function Swiss Army Knife. 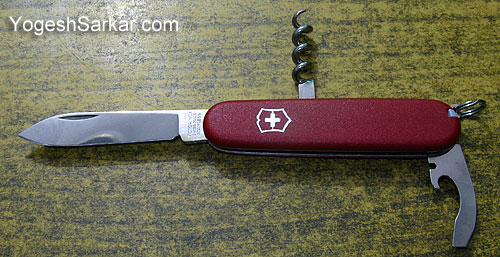 And got a Victorinox 8cm Paring Knife free with it.

On the way home I stopped at a local store to buy cold drink and heard a loud hissing noise. Checked and was surprised that it was coming from the rear tyre. Rode the bike as fast as I could to the nearest puncture repair shop and by the time I reached there, tyre was completely flat!

When the puncture repair guy took out the tyre, I could spot a large nail between the tread, pointed it out to him and he pulled it out. It was around three inches long! I was kind of relieved by the fact that the puncture was caused by a large nail and not something small or due to some freak tyre problem. After getting the puncture fixed, went to the shop, picked up 2 liter bottle of Pepsi and rode home.

Now got to do more shopping tomorrow, before getting the bike serviced on Sunday.