Reached Khajuraho in the afternoon, strangely even though my MTNL GPRS connection was working properly en route, it isnâ€™t working here! Thankfully my Idea GPRS connection is working, however it is frighteningly expensive and slower! So photos for now would be fewer than I would have normally posted.

Any ways, ride from Jhansi to Khajuraho was a mixed bag, though largely good, with mostly nice single lane road with sparse traffic and lovely green fields along the route. 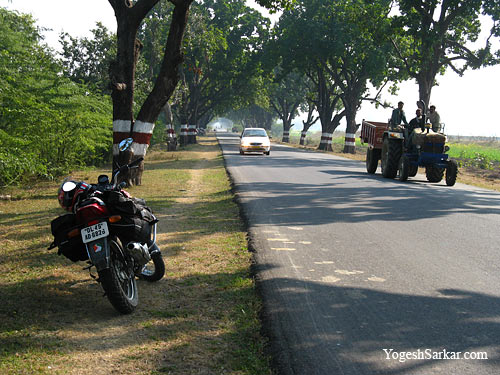 Also tried my hand at panoramas, though I donâ€™t think they came out well, will only get to know their real status, when I get home and try to do post processing on them.

Oh yes, went to the roof top restaurant of the hotel I am staying at (Siddharth), it had a nice view of the western group of temples (slightly blocked by trees). When I asked the waiter if I would be able to photograph the light and sound show, he said photography wouldnâ€™t be possible as light is less and they are mostly illuminated from the other side. I only smiled mildly and spent the last four hours there, mostly standing and taking photographs :).

Here is a photograph I took, before darkness engulfed the sky. 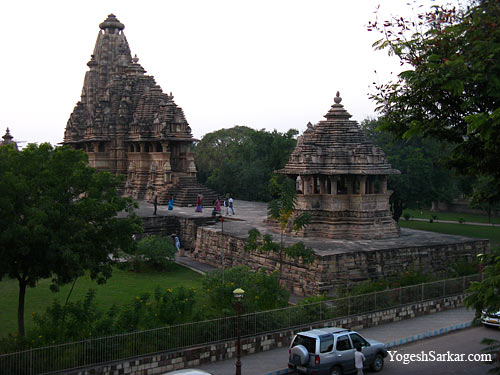 Long exposure ones will accompany the travelogue ;).

Tomorrow the real sightseeing will begin..