Day started a wee bit later than I had hoped for, then again, I only got 5 hours of sleep, so delay was all but natural. However I did managed to enter the western temple complex by 6:50AM, slightly early for the ASI office to open, so no audio guide or even a guide book :(.

However the lovely light and spectacular Khajuraho architecture more than made up for it and by the time I was done with photography (harsh sunlight), I was almost satisfied.

Here is just a sample of what I saw. 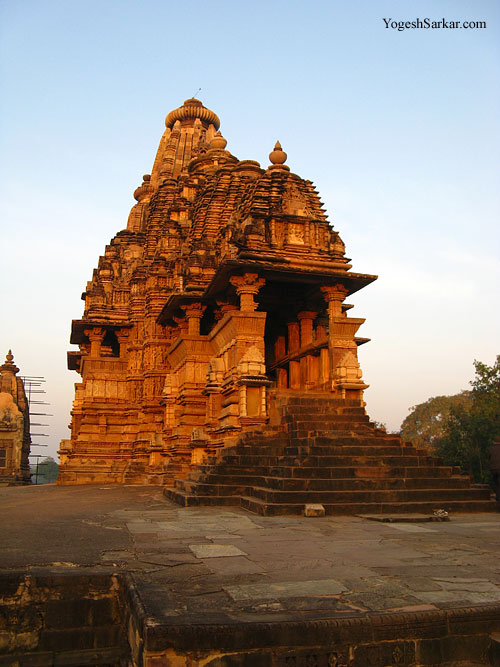 One of the many sculptures adorning the Khajuraho Temples. 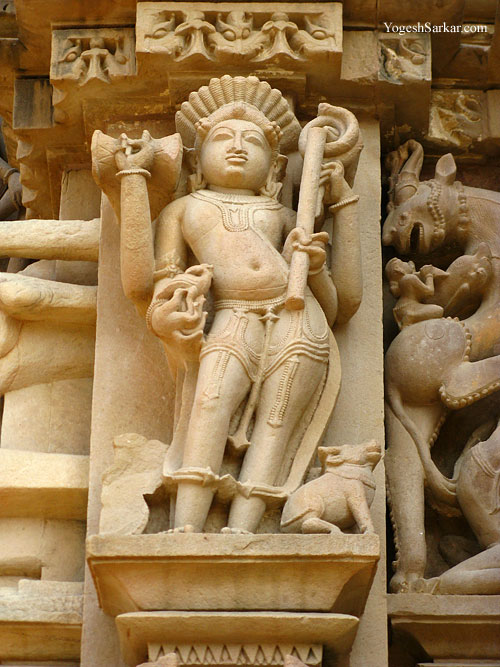 By 3 oâ€™clock I managed to visit almost all the temples in Khajuraho and three museums as well; Tribal Art, ASI and Jain museum. Out of which, I simply fell in love with the tribal art museum, it is a bit small compared to ASI one, but is livelier and staff is also much-much better.

In the evening I decided to watch the sound and light show, conducted at the western group of temples.

Waiting at the entrance of light and sound show 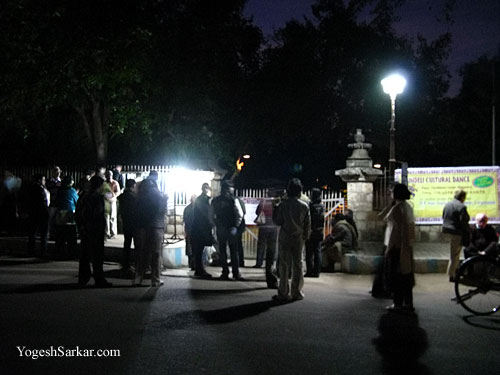 Enjoyed the show thoroughly and the day ended, once again at the rooftop restaurant of the hotel I am staying at. Where I once again indulged in night photography, with a secret weapon, which was missing in my arsenal, last night ;).

Dead tired right now and have a lot to do tomorrow as well, so good night and Marry Christmas .