Didnâ€™t set any alarms last night as I was dead tired and wanted to sleep for 7-8 hours, even if it meant missing out on a few things or starting late. But in the morning, my mood changed completely, once I woke up at 6am and decided to head to Rane Falls, around 19kms away.

While the waterfall and the lighting at that time, disappointed me, the ride up to the fall and beyond it to a boating area, more than made up for it. As I got to ride on a perfect trail (not too sandy, rocky or bumpy). 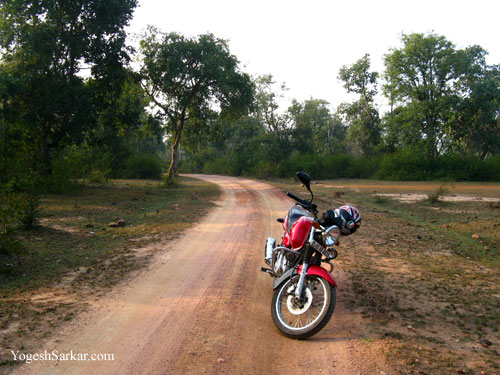 When I came back, I was thoroughly exhausted, more so due to the fact that I havenâ€™t had proper sleep (7-8hours) in the past few days. Decided to lumber around in my room and even made a post about that on BCMTouring. Then remembered that I am yet to take the audio tour of the western group of temples. While I was in no mood to get up and go outside the room, let alone visit the western group of temples once again, I didnâ€™t wanted to miss out on it either and decided to take the plunge.

Audio tour was completely worth it, though you have to keep fiddling with a walkman and it isnâ€™t as filled with mirch-masala (gossips) that the guides tell tourists.

Also saw schoolchildren from a nearby city school, on picnic. I guess this fact alone should take care of the doubt a few people had about me posting photographs of some of the statues from the Khajuraho temple, in public forum. 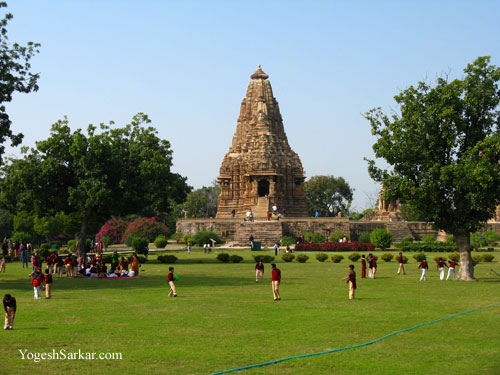 In the evening, went to another temple and something really nice happened, will tell you about it in the travelogue as I do not have the will power to keep my eyes open to write it at the moment.

Later in the evening, I went to a folk dance show organized by Madhya Pradesh Tourism and thoroughly enjoyed it, even though I committed a cardinal sin (for photography enthusiasts) while visiting there, here is a photograph from the show. 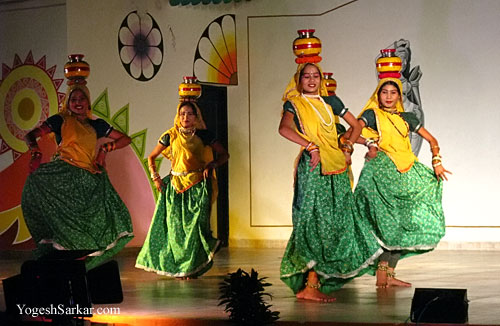 Well got to head to bed now and get some much needed sleep, good night.