Initially I had booked a purple colored Pulsar 150 ES; however by the time we reached the showroom to take delivery of the motorcycle, there weren’t any 150s left. Since I was already somewhat regretting my decision to buy 150, instead of the 180 and my dad knew, he told me to buy the 180 instead and luckily, there was a red and a silver 180 at the showroom (on display).

Told the showroom staff to take out the Red 180 and get her ready for delivery, while we completed all the formalities. After all the paperwork was over and we bought a few accessories for her and me (helmet, helmet lock, seat cover and turn buzzer), it was time to take her home.

Since I didn’t know how to ride a scooter let alone a motorcycle at that time and neither did my dad, I sat pillion behind showroom staff as we headed home. En route it was time to get her tanked up; petrol pump staff got the shock of their life as they filled a little over 17 liters of petrol in her! Once home, she was parked at the very same place in our veranda, where she is usually parked till date and the showroom staff handed over the keys to me.

While I was quite thrilled about having her and couldn’t stop looking at her shiny and curvy body, a realization dawned on me, that tomorrow I would have to learn to ride her and that too without anyone else’s help!

So next day in the morning, as I dragged her to a nearby park, I was pretty nervous (before this I had attempted to ride a friend’s scooter once and ended up wheeling it till we crashed!) Once at the park, I tried to ride her for over half an hour, but was thoroughly unsuccessful as I couldn’t even once launch her properly (partially because I was nervous about revving her too much) and returned home disappointed.

Next morning it was time for the same routine, however this time I managed to get her moving pretty soon and was soon doing small rounds in the park. Next day I was confident enough to not only ride her in the park, but also ride her back home, instead of dragging her like last couple of days.

Over the next few days as we got acquainted to each other and I learned to ride in traffic, I was also eager to see what she could do and it wasn’t long before I ripped her for the first time and she happily obliged and managed to touch 110kmph in forth gear, before I could realize how fast we were going. Of course my happiness was put to a rest as there was a huge bump in the middle of the road and tried as much as I did; my bike flew over it at a little over 80kmph and landed one front wheel. Thankfully both of us were unhurt and it was just the start of our ripping sessions (she ended up with golden colored exhaust bend (right in front of the engine) due to all the ripping).

However it wasn’t until late 2003, that I started taking interest in touring and it wasn’t until my day ride to Jaipur in February 2004, that I really felt I was somewhat ready for touring. 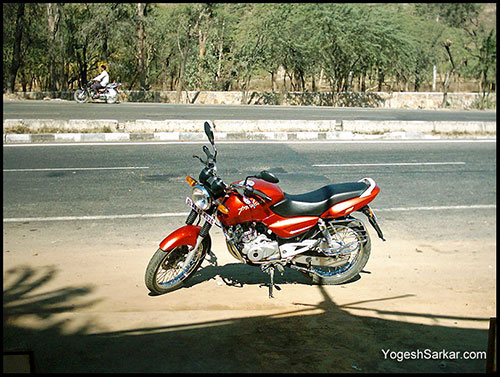 Rest is well history and a pleasant one that I cherish very much.

Although she did ditch me once due to blown out CDI during my second trip to Manali, she hasn’t ditched me again, especially while I was touring solo and needed her to keep going as there wasn’t any help available for miles.

My bike during my recent ride to Udaipur 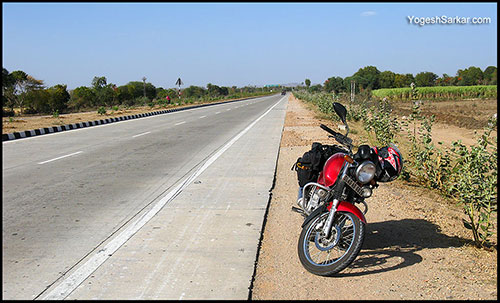 With a relationship which is now 8 years and a little over 72,000km old, I can’t really help but still look fondly towards her, even though she has lost some of her shine and got quite a few battle scars and isn’t as quick as some of the other motorcycles on the road today, she still has something which no other motorcycle has and I am looking forward to spending more such quality time with her and hopefully will be getting her repainted sometime in future to restore her to her former glory.

Oh yes, we did get a cake to celebrate her birthday today and she got her tummy filled and will be getting new tires and few more things in the coming days. 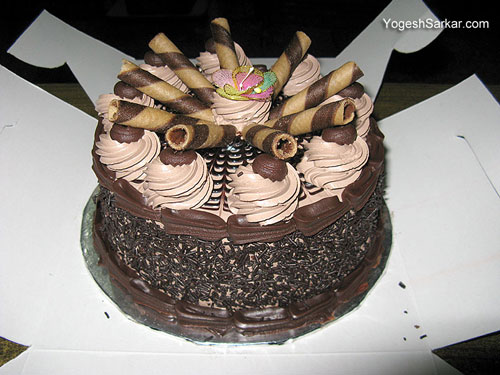