Since the Ladakh Travel Season is about to begin (well it has kind of already begun), I thought I should share the links to my earlier travelogues with details about the places I visited, so that those heading to Ladakh can read the relevant ones and get a feel of the places they are about to explore: 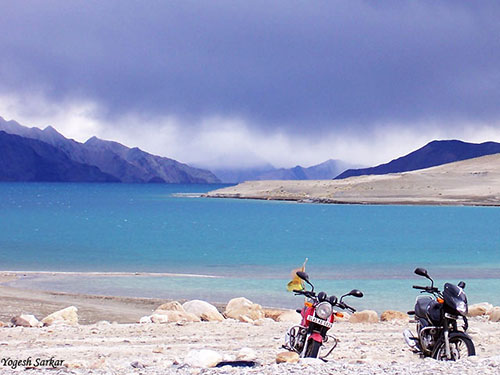 For this trip I went via the Manali route, taking 3 days to reach Leh (thanks to Koksar bridge issue) and came back via Srinagar, with a non-stop ride from Srinagar to Delhi.

Ladakh 2006 Travelogue: This was my first solo trip to Ladakh and also the lengthiest one till date (18 days). During the course of this trip, I went to Pangong Tso (spent a night at Lukung), Thiksey, Tso Moriri (couple of nights at Korzok) and Suru and Zanskar Valleys (5 day trip starting from Kargil). 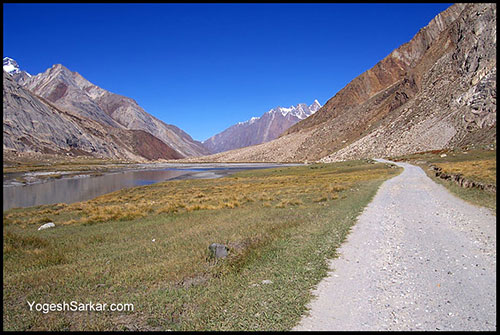 Once again I went via the Manali route, however managed to do Manali – Leh in couple of days with a night stop at Sarchu and came back via Srinagar route.

Ladakh 2007 Travelogue: I did this trip with 11 BCMTians (over 20 if I count two more of our groups running almost alongside us) from across India, riding motorcycles ranging from Honda Unicorn to Royal Enfield Thunderbird. During the course of this trip we went to Nubra Valley (spent a night at Diskit) and a little beyond Thoise Air Field (area closed to civilians at that time), Pangong Tso (spent couple of nights at Lukung), before heading solo to Suru Valley, after which I was reunited with the group en route to Srinagar. 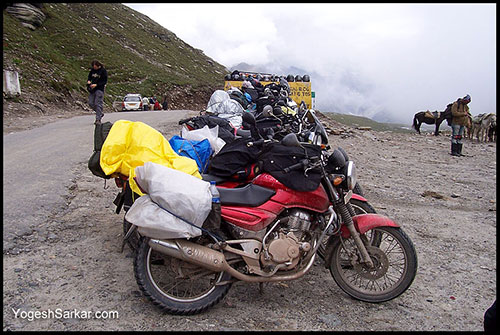 Again we went via the Manali route, taking three days to reach Leh with night stops at Darcha and Pang and came back via the Srinagar route.

Out of the above three trips, the most memorable and fun for me was my second trip where I was all alone, however the first one would always be special because it was my first time and the third was most fun after riding time due to all the jokes etc. we used to share at the end of the day.

Not really sure whether I would be heading back to Ladakh this year or the next (no firm plans as of yet), but one thing is for sure, I still love Ladakh more than any other place I have traveled to till now.