I just bought a Cooler Master Hyper 212 Plus CPU cooler for my Intel Core2Duo E4500 (due for an upgrade), as I managed to bend Intel stock cooler’s stupid mounting bracket and after that it wouldn’t properly touch the processor and caused the processor to overheat a little.

I decided to buy Hyper 212 after going through several reviews and because of the fact that it came with a proper mounting system, which is tied down by screws. This was essential for me, as I have plans to buy Intel Core i5 or i7 processor in a year or so and they too come with same pathetic CPU coolers.

After the unboxing was done and I read the instructions briefly and tossed the stock cooler out, it was time to get started with the install.

Installing the back plate was quite an easy affair, though since my system was already up and running, I had to take out the mother board and install it back again, which actually was more effort than the back plate installation!

After the motherboard was put back in place, it was time to mount the heatsink, which actually proved to be slightly tough and I had to refer back to the installation guide couple of times, as the screws wouldn’t seat properly. But it turned out to be an error on my part, and soon the heatsink and fan (easy mounting) was mounted and it was time to boot the system. 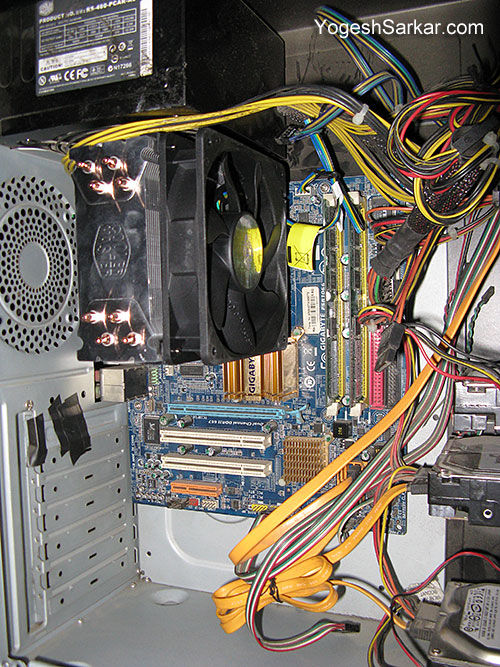 I was surprised by the fact that in BIOS, CPU temperature was coming out to be 18 degree Celsius, even though I hadn’t yet connected the fan! After the fan was connected and set to PMW, more shock was instored for me as the idle temperature after booting into windows was 33-34 degree Celsius. I have only seen this kind of temperature in the peak winter of Delhi and that too when I had managed to properly install stock Intel Cooler with Artic Cooling MX-2!

After a bit of fiddling around, it was time to download Prime95 and do some stress testing. With Prime95 using 100% of both the cores, temperature remained around 46-47 degree Celsius and even after 5 minutes, refused to climb above 48 degree, with the CPU fan only touching 1331rpm and that too in a system which is only running 1x120mm front intake and 1x80mm side intake fans, which are damn slow! 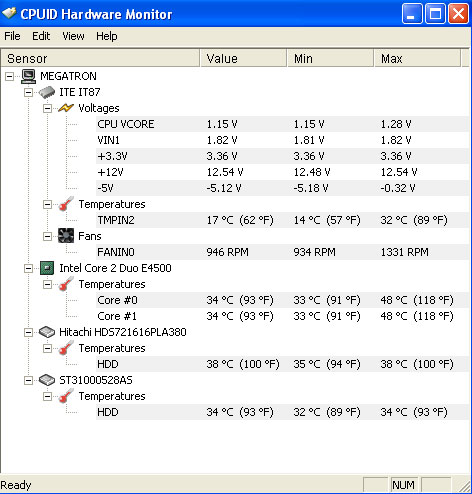 Earlier even in winter with the stock cooler at maximum efficiency, Prime95 used to cause the CPU temperature to jump to 65 degree after couple of minutes! So it goes without saying, that I am quite impressed by Cooler Master Hyper 212 and feel it is well worth the money spent. Of course I am hoping for the temperatures to go down even further, after the thermal paste has gone through its burn in process.

In my cabinet (Zebronics Bijli) I had to remove the one of the side fans to ensure that the lid can be closed (I was initially unsure about this) , apart from this, cooler was a perfect fit. If you are looking to buy Cooler Master Hyper 212 Plus, make sure to check the width of your cabinet and then buy. 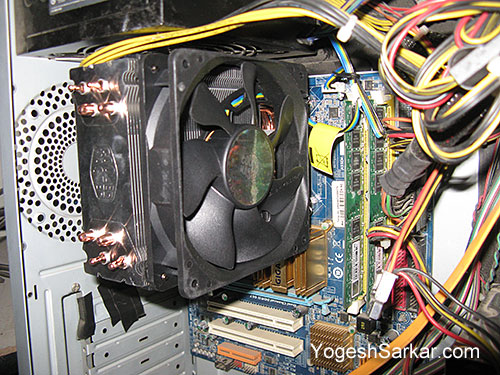