I have never been all that interested in sports, barring MotoGP and WRC. However, today I feel compelled to write about a sporting event, which is scheduled to be held in India in the next couple of months.

On the line is not only the sporting pride of our country (which lets face it, isn’t all that much), but also the national pride, to ensure that the games are held peacefully and in accordance with the image we want to project in front of the world.

In case you haven’t guessed it yet, I am talking about the upcoming Commonwealth Games 2010. 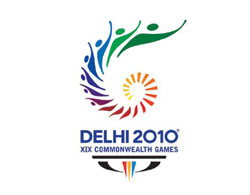 An event which these days is more in limelight for missed deadlines, unpreparedness and corruption, than the games or for that matter, national pride.

In fact, blame games have already begun and I get the feeling, scapegoats are already being singled out and prepared for the onslaught, which is sure to come, once the dreadful nightmare begins.

On one hand the Chairman of the Commonwealth Games Organizing Committee, Mr. Suresh Kalmadi seems to be searching for divine help to come up with daily excuses for his Scandal a Day routine, on the other hand, our Honorable Sports Minister, Dr. M. S. Gill, has already declared these games as “Punjabi Weddings”, where the work goes on till the arrival of the barat (entourage of groom) and at times, even after that!

Needles to say, contractors too have gotten into similar mindset and seem to be building shamianas (large and elaborate temporary tent for weddings), which they feel, just need to keep standing, till the games are taking place.

Little wonder then, that the roofs of newly built stadiums with the investment of crores of rupees, are leaking worse than 50 year old unkempt buildings, at the slightest of monsoon showers, while the establishment is busy blaming rain, which arrive every year at the same time!

In between all the melee, the average Delhiite, who had been suffering for past few years, on account of beautification of the city and development needed to support the games, will continue to not only suffer during the games (businesses and offices being closed down during the games, not to forget diversions etc.) but will come out to be the biggest looser, who would not only have to live with the stigma of failing to host the games properly in front of an international audience, but would also have to bear the brunt of the shoddy construction and ill fated decisions, which have been made by corrupt and shameless politicians, bureaucrats and businessmen, who only see this event as a Get Filthy Rich Quick Scheme, at the cost of other’s life, property and above all national pride!