Pushkar Camel Fair is not only famous due to religious reasons and for being the largest fair for livestock trading, but also for tons of photographic opportunities, which are all but natural to occur, when colorfully dressed people and even animals, converge to an otherwise small and peaceful town of Pushkar, for this yearly pilgrimage.

Every year, Pushkar Camel fair is held in the run up to Kartik Purnima (full moon during the Hindu month of Kartik) and the fair ends on the Purnima itself, with bathing in the scared water of Pushkar Lake being considered as most auspicious on that particular day and is considered to provide moksha (salvation) from the continuous cycle of death and rebirth.

This year, Kartik Purnima will fall on the 21st of November and if you are interested not in religion, but in the photography of the numerous camels, herders and other livestock, then make sure to head to Pushkar a few days (around 6 days) prior to the Purnima, because this is when camel trading is in full swing and majority of deals take place.

In fact, 2-3 days prior to the Purnima, majority of people, who had come to Pushkar to trade in livestock, begin to head back with either pocket full of cash or new livestock, purchased at the fair. Add to this, it is only 2-3 days prior to the Purnima, that majority of the devotees start arriving in Pushkar and the whole town starts buzzing with activity and gets literally overrun by people.

Which isn’t to really a bad thing, as long as you don’t mind large crowds and love portrait photography or are coming to Pushkar for pilgrimage.

Here are couple of photographs I took at the Pushkar Camel Fair in 2008 and here is a link to my Pushkar Travelogue, which ought to give you glimpse of what the fair is all about. 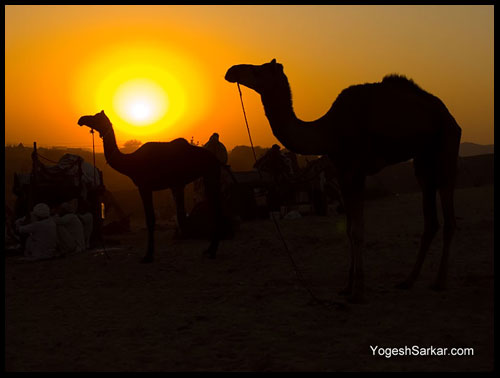 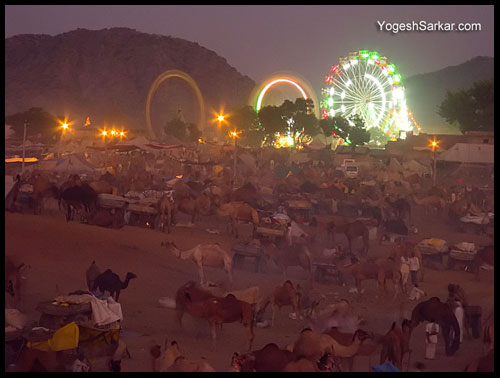