I had been contemplating buying a DSLR for quite some time now, however, this decision to buy one was a sudden one with the resolve coming, just couple of days before the day I purchased it. All thanks to the broken battery door hinges of my Canon A720IS digital camera, which ensured that the only way to operate it, is to keep the battery door firmly shut with thumb and index finger and use the middle finger to operate shutter release button. 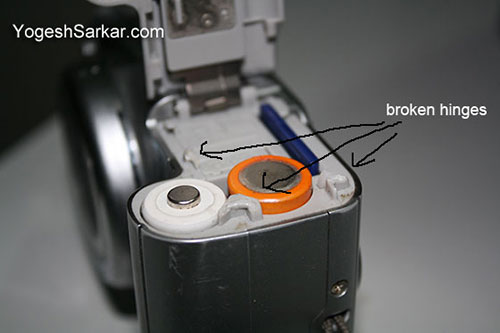 While I am still planning to use this camera as a backup one, after coming up with some jugad to get the battery door stay shut, I knew it was time to buy another camera and I didn’t wanted to buy another point and shoot camera this time, even though buying a megazooms seemed quite attractive at first.

Since this was sort of an unplanned expenditure, I wanted to buy only an entry level DSLR, to keep the cost down as much as I can, especially since there are tons of accessories one has to purchase sooner or later, when it comes to DSLRs.

While Nikon DSLRs had the advantage of more pixals, newer sensor and processor, video mode, features and a lovely 70-300 VR zoom lens, which had won my heart, Canon 1000D had the benefit of being cheaper and coming with optical depth of field preview (missing in both Nikons) and exposure bracketing (missing in D3100) i.e. things which I wanted in my next camera. At the same time, I felt that Canon 1000D was more suitable for one hand operations than Nikon D3100 or D5000, due to the placement of most buttons (barring menu and display buttons).

This was enough to swing me over to Canon’s side and I decided to buy Canon EOS 1000D with 18-55IS lens by shelling out a little extra (in India it comes with non IS lens). To buy it, I first went to Palika Bazaar, and met a guy, I had spoken to, over the phone. However, his way of talking appeared a bit shady to me, leading me to believe that the lens he would be supplying, would likely be a gray market one.

So I decided to head on over to Chandni Chowk, to Pritam Sons, a shop I had heard much about and which turned out to be the same place, from where Salil had bought his DSLR, around 5 years ago (I had accompanied him at that time).

Finally after waiting for a while, I got my brand new Canon 1000D with 18-55IS lens (2 year Canon India warranty), local polorizing filter (planning to buy a good UV filter soon), 2GB SD card, coupons for free lens and sensor cleaning, coupon to attend Canon’s training class, discount coupon for lenses and accessories and a camera bag, which I would soon be getting from Canon India. All this for a princely sum of Rs. 22,200 (US$ 498)! 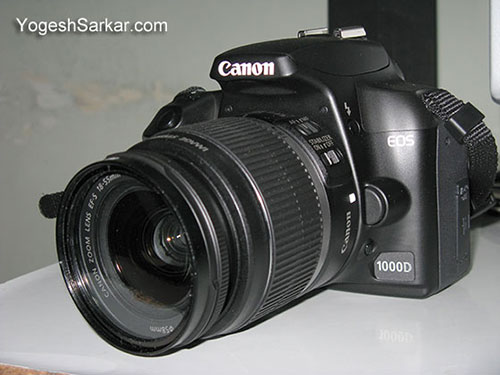 After purchasing the DSLR, I went out of the shop, only to find procession of Lord Krishna being lead out through the streets of Chandni Chowk, well what better way to start your journey with your new camera than to click the photographs of gods?

So here are couple of photographs I managed to capture, in almost complete darkness. 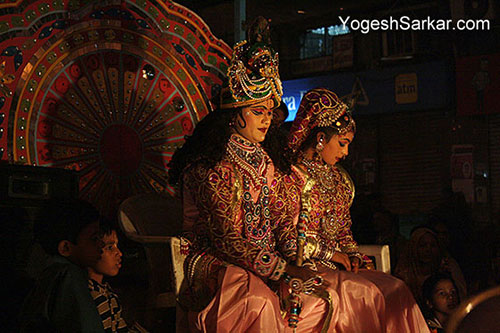 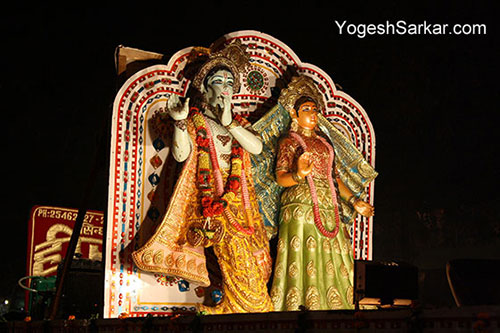 Of course the journey back to home was a complete nightmare, as we couldn’t find an autorickshaw, despite waiting for almost an hour and had to finally take a bus home. But all is well that ends well and now I can’t wait to click more photographs with my new DSLR, which I would be sharing soon…