On Sunday, just as I was stepping out of Dilli Haat after the photography session, I noticed a lot of Greenpeace activists in their bright green tees, gathering around the booth they had setup and were getting ready to start a street play.

So I decided to stick around and watch and photograph their street play, even though lighting wasn’t really great and I was working with my relatively slow kit lens. 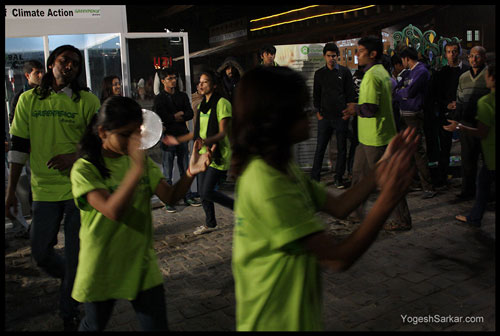 After this shot, I knew I had to switch on my flash to capture decent enough images. Oh yes, in case one of the performer is reading this, sorry if that flash bugged you.

The street play was obviously about the climate change (Global Day of Climate Action, if I remember it correctly) and sought to illustrate that through a vary simple play. Which started on a sad note for this guy, whose wife left him, because he took her to Switzerland for honeymoon, only to find out that all the snow has melted, due to Global Warming. Poor chap was left behind with her purse hanging on his neck! 😀 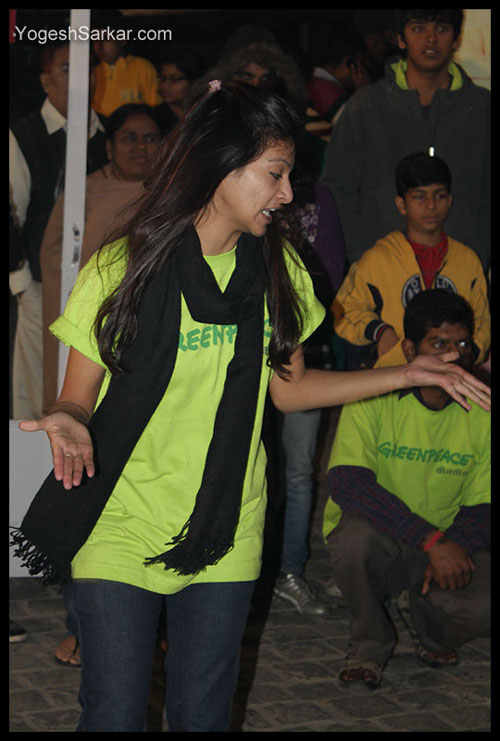 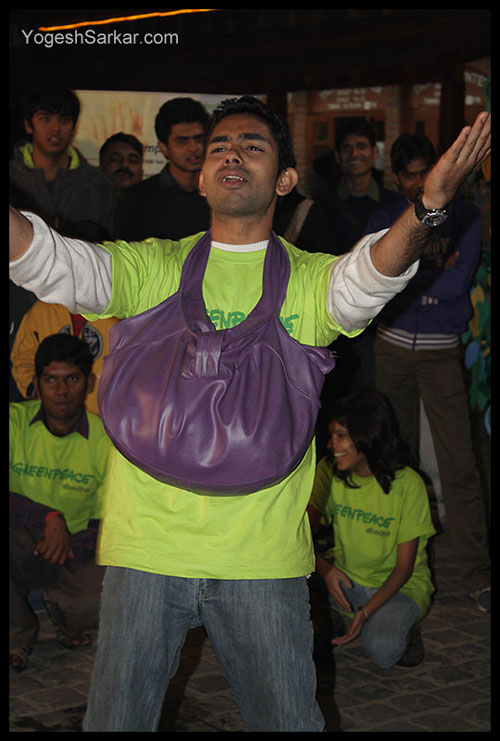 Of course then everyone sought to get it fixed by going and petitioning to the three stooges (Obama, Manmohan Singh and Hu Jintao) and they as usual, did nothing except murmur something :D. 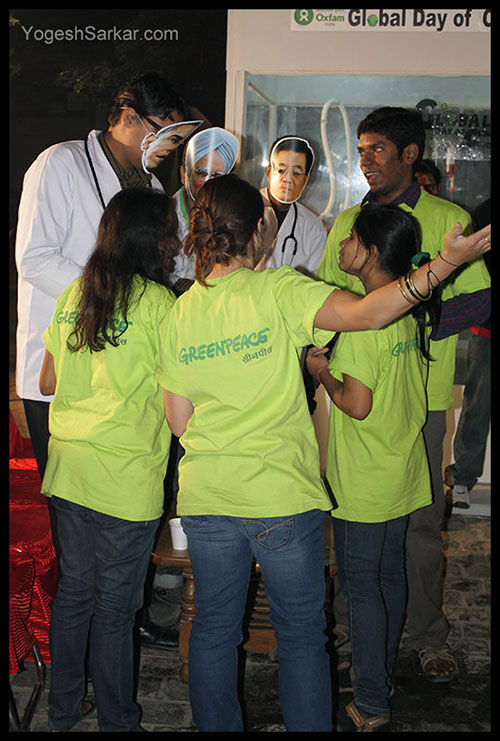 So they wondered what to do next. 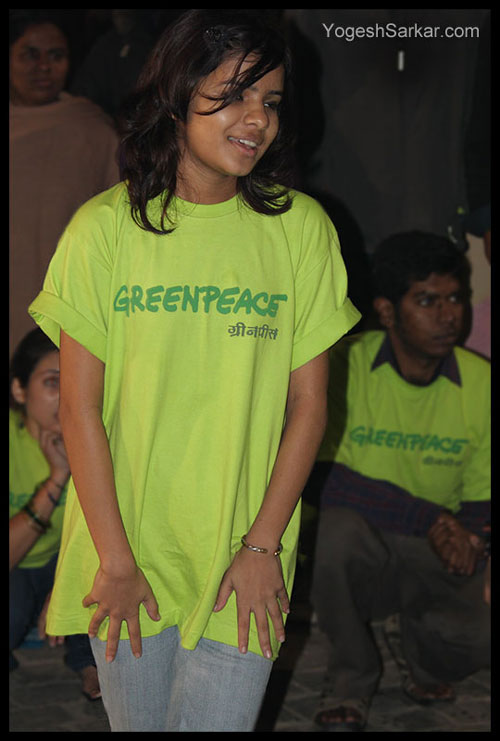 Got pepped up about inaction. 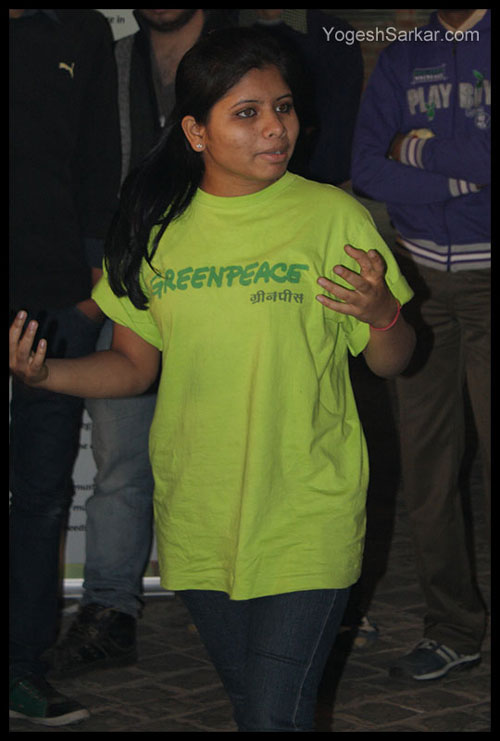 And went to pray to the Greenpeace Baba 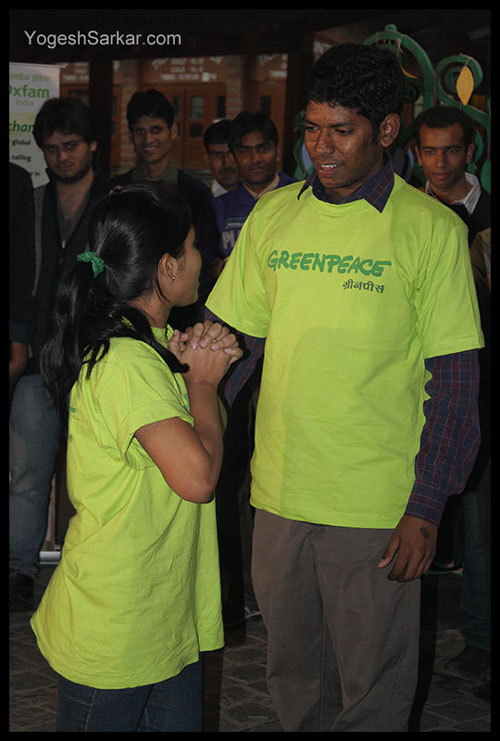 Who preached and ridiculed people for their own mistakes and then said something (which I missed cause I was playing with my cam :P) and soon the play was over with a Go Greenpeace cheer. 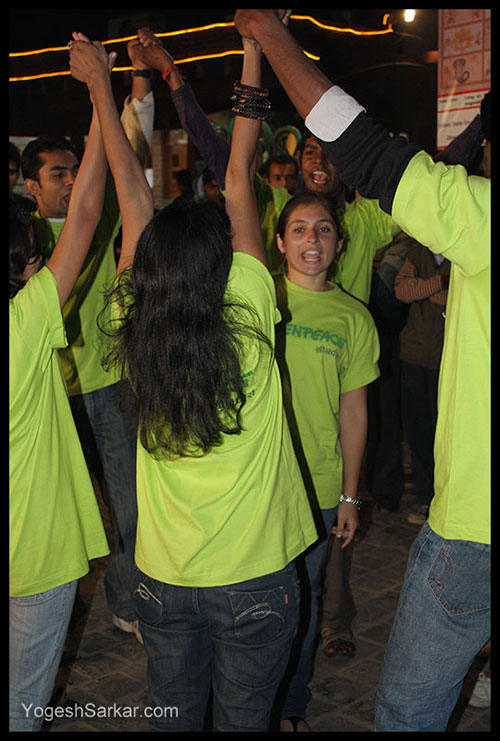 Overall a fun experience, though I think I should have payed a little more attention to the play, rather than my viewfinder and should buy a fast prime (Canon EF 50mm f/1.8

) to try and capture such events a little more cleanly and hopefully, without bugging the actors too much with my flash. 😀