Ever since I bought my Canon EOS 1000D and 18-55IS lens, I have been using a UV filter on the lens almost all the time (barring at National Museum shoot), in order to protect lens glass from dirt or finger prints (I am clumsy).

While initially I was using an el cheapo local UV filter, which supposedly costs Rs. 50 (I didn’t pay for it), I started using Hoya HMC UV (C) filter since Sunday afternoon, which was bought from Spain by Rajiv (thanks a lot dude) and set me back by Rs. 600. 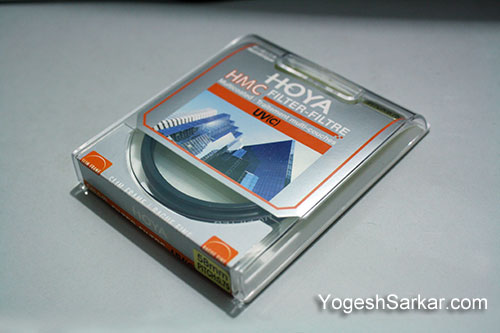 As the gods would have it, the Hoya UV filter was put to test on vary same evening, while I was trying to capture this photograph of flame throwing kid and Rajasthani dancer. 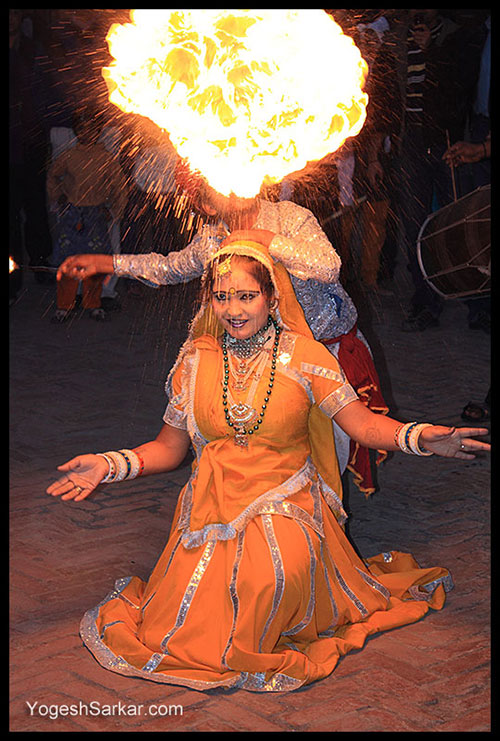 As luck would have it, I was directly in the firing line and while the flames were quite a bit far away, unburnt kerosene wasn’t and I felt a few droplets fall on my hands. I immediately checked my lens and sure enough, couple of droplets could be seen lying on my brand new UV filter!

If it wasn’t for the UV filter, those droplets would have surely landed on the front element of my lens and that might have caused at least some damage to the lens coating or at the very least, been a scary enough reason for me to stop shooting and pack my bags!

However, since I was using a UV filter, I simply wiped off the droplets with my handkerchief (I wasn’t carrying lens cleaning cloth at the moment) and since it didn’t leave anything behind (at least as per my eyes), I simply carried on shooting and managed to capture a few good images. In fact I wasn’t really all that worried, since the question wasn’t of a Rs. 7,000 lens getting damaged, but that of a Rs. 600 filter getting some battle scars!

So while “technical experts” might go on length to explain how UV rays may or may not cause problems for Digital SLRa, at least for me, a UV filter serves as a good insurance for my lens and helps me to shoot without any worries of dust or at times even kerosene! And if it means getting an occasional extra flare or slightly less light entering the lens.