Lately I have been getting the feeling that as we (Indians) progress and begin to prosper more and more, we are rapidly transforming everything around us and closing it out to others, be it fellow humans or animals!

When I was growing up as a kid, there were no gates in our colony and even the park doors were wide enough that stray cattle used to venture into the park and gorge on all the grass that used to grow there. Similarly, I never saw cops lock down various streets at night nor heard of any colonies which were behaving like mini townshipa within a city!

Yet, in a matter of decade and a half, everything seems to have transformed so rapidly that not only do we find most streets locked down so heavily at night by cops that getting a patient to a hospital is like solving a maze and mini townships which attempt to isolate its residents from rest of the city/town are becoming all the rage; hell not only does our colony has gates and walls now, it has even built gates inside the colony for back alleys, in an attempt to stop the recent spate of robberies. 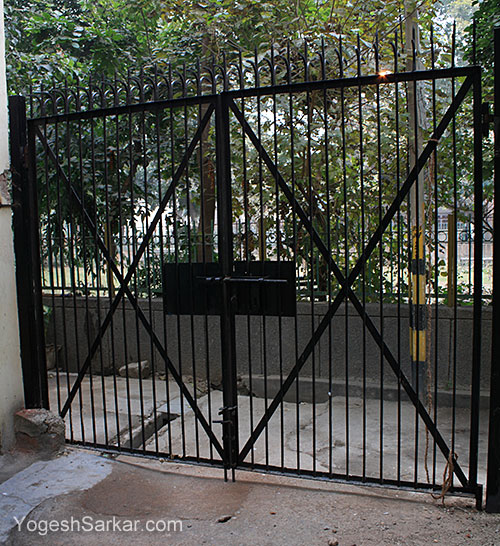 Now I know that security is an important issue and as more and more people spend more time outside their homes than inside, they want to ensure that nothing happens to their valuables, while they are not around, but I am not really convinced that closing up everything around them is the way to go about things.

I mean if a robber can cut the grill of a window to enter the house in broad day light, then what is stopping them from jumping over these walls or breaking locks of the gates, which aren’t being manned?

Heck the only impact of the move our colony has taken, seems to be happening on the poor stray dogs, who used to feed on the garbage people left outside their homes in back alleys (for garbage collector to come and pick up) and to top it all, a stray dog today even got locked from both ends for a while and started howling for a good half an hour, before she was finally let free!

Similarly, as we build high walls around our societies/colonies in an attempt to shield our homes and loved ones from what is outside, we are only really driving a wedge, which becomes oh so clear and in our face, the moment we step out from our high wall societies (lets face it, no one can just exist in them, their entire life!)

So as we blindly follow other countries into the pinnacle of closed societies and open “social networks”, one really has to wonder, are we really heading into the right direction?