Ashish and I visited the National Zoological Park (Delhi Zoo) on Sunday, to try out my new Canon EF-S 55-250 f/4-5.6 IS lens, which I had bought from Photofair on Saturday.

As my luck would have it, Sunday was the coldest day in last 5 years in Delhi, with the maximum day time temperature being a measly 11 degrees Celsius (51.8 degrees Fahrenheit). Add to that, there was a lot of fog as well, which meant birding was really difficult and most animals were indoors or huddled up together.

Even though I had captured a few decent photographs, I feared that my best shot for the day would turn out to be photographs of a stray monkey drinking cold drink!

Thankfully, our persistence paid off and we came across three very active Leopards.

Even though we had to shoot through metal mesh enclosure, making manual focus the only real way of getting a decent shot, I started shooting this rather large male Leopard, resting on top of a log. 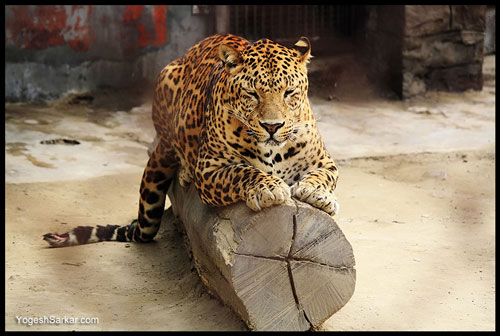 Soon a female Leopard came upto him in a rather courteous and playful manner, which I guess in Leopard body language meant, “I am ready to mate”. 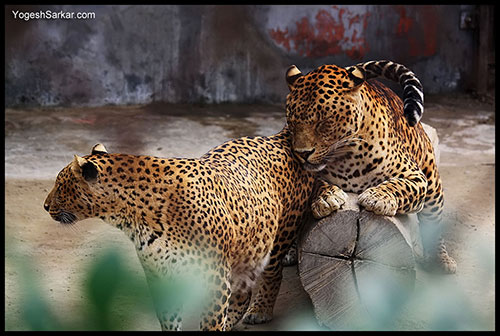 Because, a minutes later, male was on top of her and I managed to capture this rare shot of Leopards mating. 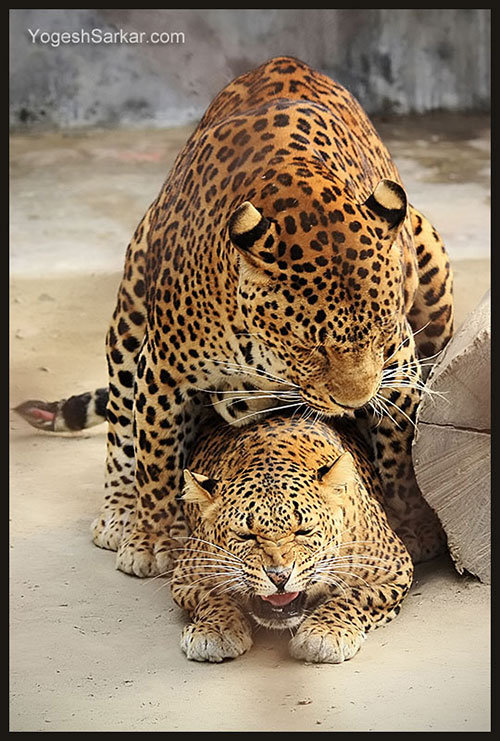 Of course I managed to capture plenty of other images, which can be view at National Zoological Park, Delhi, but the above photographs of Leopards mating has turned out to be the best of the lot and made shooting in cold weather, all the more worth it!