Finally I decided to bite the Android Bullet today and after days’ of contemplation on which mobile phone to buy, I ordered Sony Ericsson Xperia Mini ST15i from Flipkart.

While choices ranged from Nokia E5 to HTC Wildfire, I kept coming back to Android based mobile phones and Sony Ericsson Xperia Mini ST15i caught my fancy like no other mobile phone in the same price bracket. 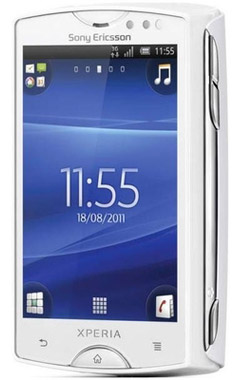 With Android 2.3.3 running on top of a 1GHZ Snapdragon Processor and 512MB of RAM, this chubby little Sony isn’t going to be a slouch and even though I suspect that it is going to go through its 1200mAh battery faster than a hungry dog goes through a bowl of food. It just seems so worth it, whether it is due to its compact form factor, speedy processor, 720p video recording, Timescape UI or the fact that all this costs less than Rs. 13,000!

Of course the primary lure remains the Snapdragon Processor, which is at least couple of hundred megahertz faster than any other Android Mobile Phone in the same price bracket!

A view which only gets reaffirmed after seeing this demonstration of the beautiful yet quick, Sony Ericsson Xperia Mini ST15i’s Timescape UI by folks at GSM Arena.

Now I can’t wait to get my hands on my new mobile phone, my third Sony Ericsson one and eighth overall. Hopefully the folks at Flipkart would keep their promise and deliver the Sony Ericsson Xperia Mini ST15i within 4 working days, after which I would be able to post an unboxing video or at least some photographs, followed by a full review.