Yesterday morning I decided to pay a visit to Tughlaqabad Fort and Tomb, mainly because it has been a while since I went on any photo walks and secondly due to the fact that I have only tried to visit the Tughlaqabad Fort once earlier and that time I had arrived way past sunset, hence had to contend with shooting the illuminated fort walls from outside.

Tughlaqabad Fort is one of the oldest surviving forts in Delhi and was made in 1321-25AD by Ghiyathu’d-Din Tughluq, who not only made the fort but also Tughluqabad, the third city of Delhi.

Arriving at the fort, one cannot help but feel impressed by the imposing walls of the fort. Which was built to withstand attacks by Mongols, unlike the Red Fort or Purana Quila, which seem to be built for the comfortable and luxurious housing of Mughal Emperors. 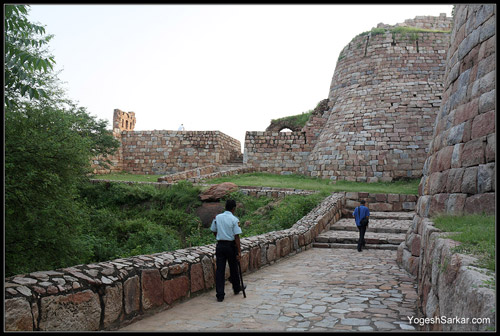 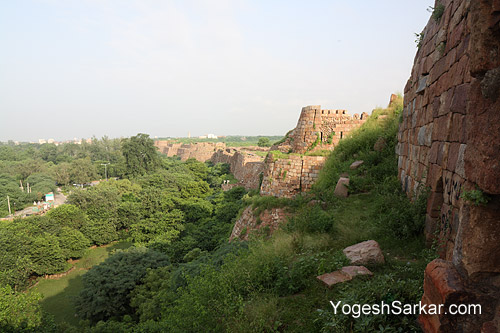 Sadly, once you enter the fort, you are confronted with scenes, which can only be described as the ruins of a bygone Tughlaq Empire. 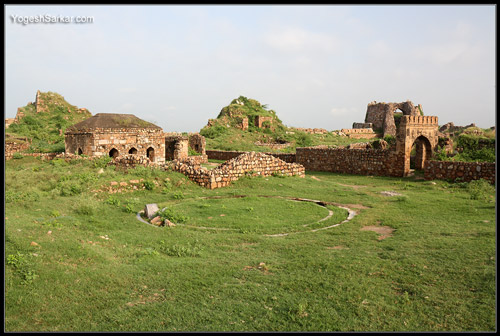 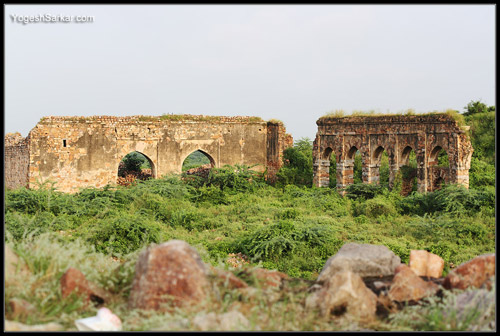 The only rosy sight here is the Tomb of Ghiyathu’d-Din Tughluq, on the other side of Mehrauli – Badarpur Road. 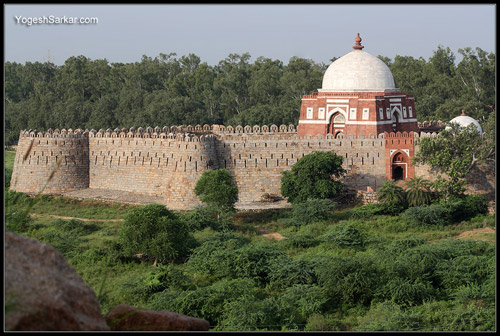 Guess the curse of Sufi Nizamuddin Auliya has worked well to reduce this once imposing fort into a ruin, which as per the curse, has not only been uninhabited for long, but also have cattle grazing inside!

Overall it was a nice first visit, though I do wish that ASI would at least start restoring some of the pathways inside the fort and also some of the ruins.

Tughlaqabad Fort and Tomb are situated on the Mehrauli – Badarpur Road and there is a small parking right next to the entrance to the fort.

Entrance Ticket for the Tughlaqabad Fort is Rs. 5 for Indian Nationals and Rs. 100 for Foreigners, and the fort is open from Sunrise to Sunset.

More photographs can be viewed here.