Today Nikon put months of speculation and rumors to rest by launching its own mirror less interchangeable lens digital camera, with a new CX-format CMOS sensor with a crop factor of 2.7x.

Since Canon and Nikon have almost similar products and timeline, this launch only reaffirms the rumors and speculations which have been going on about Canon’s very own mirror less camera, which is expected to be launched shortly. 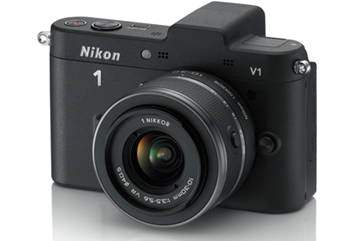 This Nikon launch excites and disappoints me at the same time, since although I would love to see a mirror less compact camera from Canon, I would like it to be either based on an APS-C sensor like Sony NEX-3 or better yet, support a full frame sensor like the Leica M9. Because that would not only provide good low light performance in a compact package, fit for travelers and street photographers alike. But also make sense to use with the current lenses line up from Canon and other third party manufacturer. Since not only the field of view would remain the same, but it would also provide the desired depth of field and dynamic range, which is impossible to reproduce on smaller sensors.

So even though chances are high that Canon would likely launch a camera similar to what Nikon has introduced today, with the rumors floating around of a full frame sensor DSLR with fewer megapixels than the 5D Mark II and more compact body to be launched soon, I have my fingers crossed and hopes high for a camera which will make photography easier and convenient for photographers like me and at the same time, maintain the same level of quality and standard, for which we have ditched the regular point and shoots!