Had an amazing time today at the Buddha International Race Track, watching the top Formula 1 drivers compete for the coveted position of the first pole of Indian Formula 1.

Although double fencing and fog complicated matters, but thankfully I did managed to get some decent photographs of the F1 cars in action, few of which I am going to be sharing below and rest of the photographs from the First Indian Formula 1 Grand Prix can be seen at this photo thread I have started on BCMTouring, which will not only contain higher resolution photographs, but also a much larger number with hopefully more BCMTians chipping in as well.

So without further due, here are the photographs that I managed to take at the Indian GP. 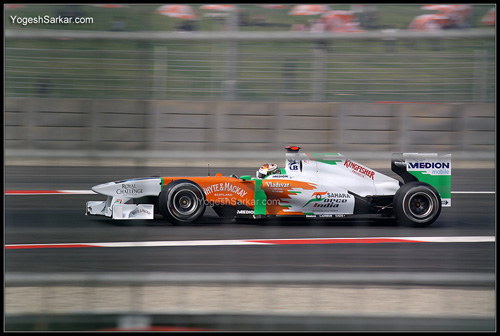 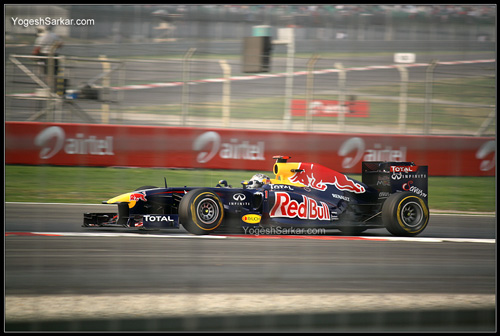 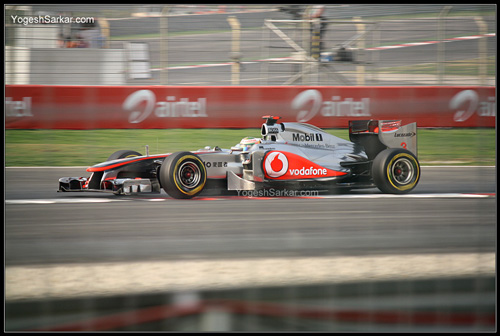 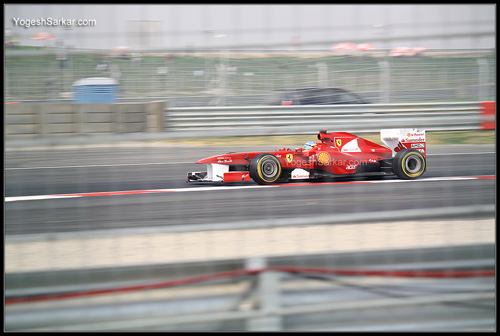 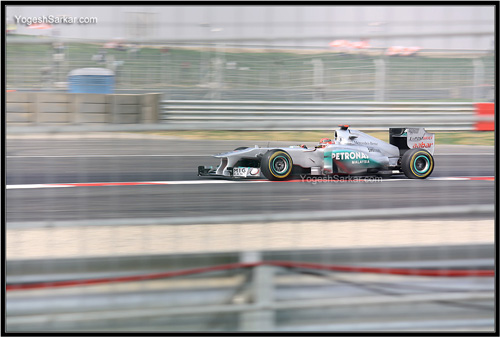 Here is a small video I shot at the track, which kind of shows the shooting conditions

Hopefully I will get better photographs at the race tomorrow, though its going to be really crowded out there.