Few days ago, Canon announced their brand new flagship G series camera, G1 X and is touting it as a great second camera for DSLR shooters.

While Canon G1 X has a fixed lens and a sensor which is around 20% smaller than an APS-C sensor eg. that of the Canon 600D/7D, and isn’t all that light or small, I do feel that Canon is spot on with its strategy and has managed to hit the nail right on its head, by producing a camera which is not only the same size as most other micro four third cameras, but with a larger sensor and more convenient zoom range. 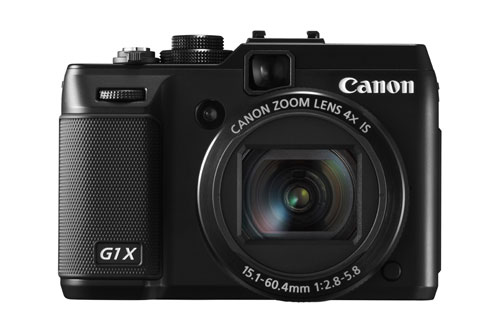 Add to that, with the same pixel density as the 7D (thanks to fewer megapixels), Canon G1 X is supposed to perform just as nicely, if not better and even though it is priced quite steeply (comparable to that of the 600D), keeping in mind the intended audience i.e. DSLR users who already have 5D or 7D as their primary cameras, it doesn’t look out of place.

Of course what remains to be seen is the real world performance of the camera, which at least from the preview shots, seems darn good as well.

I am also happy that although Canon hasn’t yet launched a mirror less camera like I had been hoping and waiting for, they haven’t taken similar path as Nikon and didn’t came up with a sensor which was way too small for serious photography!

Of course there always will be detractors who will say that Canon G1 X is rather limiting with a fixed variable aperture lens (28-112mm f2.8-5.8) and way too heavy and expensive. But one has to keep in mind that when one is out shooting with a camera like 7D or 5D Mark II with a 70-200L mounted, carrying a G1 X for wide angle and standard length portraits would be far easier to manage, than an entry level DSLR body with even the kit lens attached!

Add the robust construction of the G1 X to the picture and the entry level DSLRs look more and more like a bad idea as a second camera, especially if one already has a good body to begin with and doesn’t mind sacrificing some of the quality (let’s face it, lens on the G1 X won’t match the L series in quality) for easier and lighter camera to carry around all day.

Of course it isn’t like Canon got everything right, I mean the optical viewfinder on the G1 X can’t match DSLR’s viewfinder and video capability of the G1 X is comparatively poorer than 550D and 600D. Throw in two stop less of exposure compensation (there is an inbuilt 3 stop ND filter in G1 X) and comparatively low battery life, and one cannot help but feel a bit disappointed.

But whether or not these are big enough shortfalls to completely discount G1 X is something that each individual buyer would have to decide.

But yes, for those who already own a decent DSLR body and wanted a second smaller camera or those who are in the market for a camera which produces good quality images, while still not being as cumbersome to carry as a DSLR, Canon G1 X is certainly an option worth exploring.