Well frankly speaking, at the moment there is no other motorcycle in the Indian market, which suits my requirement more than a Bajaj Pulsar 180 DTSi, and since the bike I buy next would likely end up becoming my primary motorcycle for touring in hills and even on the highways, it has to fulfill certain criteria and they are (in no particular order):

1. At least 500km tank range in hills.
2. More powerful than my current motorcycle.
3. Ability to easily mount tank and saddle bags.
4. Reliable.
5. Has ergonomics somewhat similar to what I am used to i.e. no split seats (needs to be fixed), no rear set foot pegs and absolutely no cruiser style ergonomics.
6. Comparatively good After Sales Service Network (have dealt enough with Bajaj Auto to know how to deal with them and plus have a good mechanic for my Pulsar)
7. Good and powerful headlight (Pulsar 180 does not have it, but after plonking a 55w halogen, it would be).
8. Longer wheelbase than my current bike (I hate the shorter wheelbase when the bike is fully loaded with luggage and on steep bad/off roads.)
9. Ability to install dual purpose tyres without any modification.
10. DC electrical i.e. headlight runs off the battery. 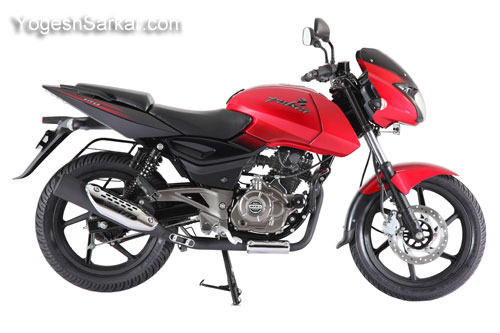 Of course there is a lot more to a bike and I do have other reasons. However, these are the primary ones which have lead me to believe that at least as of now, my next general purpose touring bike would be a Bajaj Pulsar 180 once again. Which at least based on my perception and requirements is the best touring motorcycle in India!