Royal Enfield launched the Thunderbird 500 today, a bike for which quite a few people have been waiting for years and now that the wait is finally over for them and other RE aficionados, I have a feeling, they aren’t the only ones who are going to be rejoicing.

I mean, Thunderbird 500 does come with a good performing (for a low rev thumper) 500cc fuel injected engine and a large enough petrol tank to finally do justice to the whole touring persona RE has been marketing for ages. Not to mention rear disc brake as standard equipment and a beefy front suspension and new swing arm, which hopefully ought to inspire more confidence while cruising at triple digit speed on our pedestrian infested highways and aid in handling.

Not only that, 55w headlamp is now a projector type, which ought to translate into better visibility at night, something which tourers like me yearn to have. Add to that, even though Enfields have always been luggage friendly, the new Thunderbird 500 now has a removable pillion seat to make it even more so!

Add to that, it seems to somewhat meet most of the criteria that I had in mind when I wrote, Kind of Royal Enfield I would like to Buy, 3 years ago. And even though I am not a cruiser guy or for that matter a fan of ergonomics and styling of the original Thunderbird and would have loved to see an Electra 500 with similar goodies, I have to say, I am tempted! 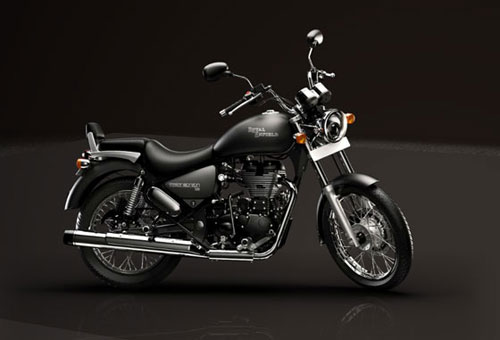 Tempted enough to even consider riding down to a RE showroom for a test ride, but just for a moment.

Why only for a moment?

Because at the end of the day, test riding a bike like this in city isn’t going to do it justice and it still is a heavy bike with cruiser type ergonomics that I am not a big fan of and I can’t really imagine myself being called a “bulleteer”.

But then again, I have never been someone who identifies himself with brands or labels! I guess things would have been simpler, had RE launched the Thunderbird 500 via some other company :P, but then again, life is rarely that simple…