Micromax and Samsung have launched their new dual SIM 5” phablets in India recently and even though on paper at least, Micromax seemed like a better option (720p screen, quad core processor and around 6k cheaper), I still went with Samsung Galaxy Grand, instead of going for the better speced and lower priced Micromax A116. 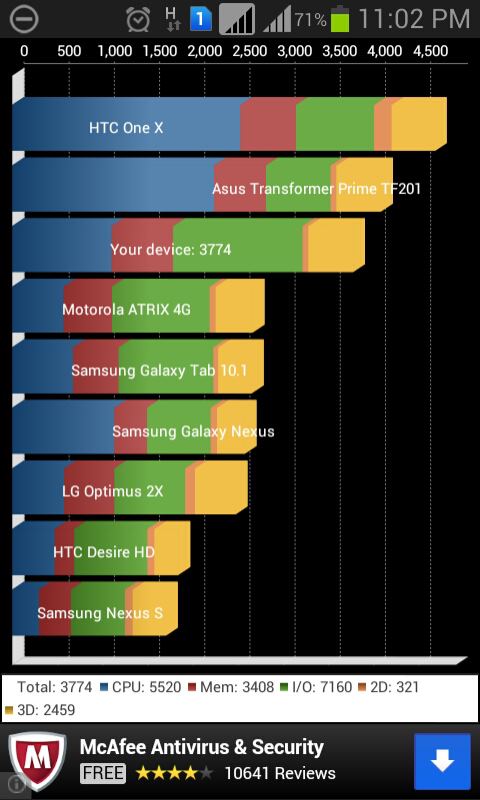 2. Add to that, while we all know that Micromax A116 comes with an 8 megapixel rear camera, there is no word yet on the video capability of the phone and there is doubt in my mind, whether it can actually shoot 1080p video, like my Galaxy Grand can.

3. Then there is a case of usability. Let’s face it, even though Android has come a long way, stock Android is just not there yet. Which is why, Samsung’s TouchWiz and HTC’s Sense UI make the Android phones that much more usable, fun and polished, which just isn’t the case, when it comes to Micromax, which uses mostly stock Android build.

4. Additionally, as far as I know, Micromax does not releases OTA firmware updates for their Android phones, which means if you are getting the A116 with Android 4.1, then it will likely stay that way, unless someone comes out with a custom ROM or Micromax decides to breakaway from their earlier stance. While Samsung will not only release UI updates, along with bug fixes, but also Android 4.2 update for the Galaxy Grand. And these updates as I have observed in case of my Xperia Mini and Galaxy Tab 2, add a lot of additional functionality and usability to the phone.

5. Then there is a question of build quality, quality of components used and of course customer service and I don’t think there is any dispute that Samsung triumphs in all 3. So even though I hope that I wouldn’t have to use customer service, it is nice to know that if needed, it wouldn’t be a hassle.

So the way I see it, even though I had to shell out around 5k more for the Galaxy Grand (bought it for 20.2k from Ebay.in and I did get a lot of free goodies with it), I did get a mobile phone which not only works great out of the box, but will likely get better with future updates from Samsung and has a nice 8mp camera, which can take great photographs (no match for my DSLR of course) and can shoot full HD videos. Of course I did get a lower resolution screen (text looks great on it) and 2 less cores in case of CPU, but I got more internal storage and of course, peace of mind and fluidity, which only MNCs like Samsung can offer at the moment.

That is not to say that Micromax A116 is a bad option, in fact it is great for the price it is offered at, just that if you can afford to spend 5-6k more, then Samsung Galaxy Grand is the way to go.