Ever so often, I come across a common question a lot of Ladakh aspirants have, “is it better to take Srinagar – Leh highway while going to Ladakh or the Manali – Leh highway?”

Since majority of travelers traveling by road to Ladakh, end up covering both the routes during the course of their trip, it is really just a matter of picking one route over the other, based on a few important factors: 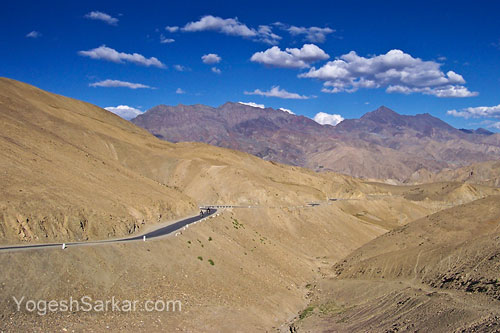 2. Manali – Leh Highway is higher in altitude, so if you are heading to Ladakh from plains/lower altitude, then you would have a much better chance of acclimatizing gradually and less chance of getting hit hard by AMS, if you take the Srinagar – Leh Highway.

3. Srinagar – Leh Highway is easier for vehicles to cover, thanks to less altitude and the fact that generally the road conditions are much better and much less steep than Manali – Leh Highway. Of course this also means that if you aren’t quite sure, if your vehicle would be able to tackle the tougher Manali – Leh Highway towards the end of journey, when it will likely be in a much worse shape than at the beginning of the journey, then it might just be a good idea to tackle the tougher route first and leave the easier Leh – Srinagar section for later. 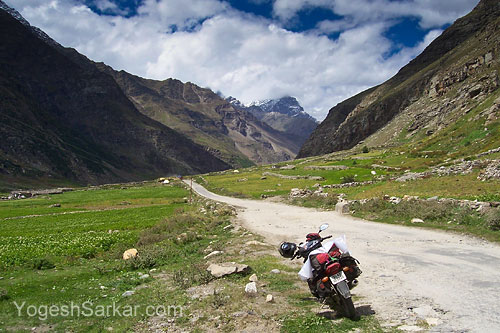 Apart from the basic points listed above, there are a number of other reasons like whether or not you are planning to visit Zanskar Valley or Spiti Valley or whether one route is closed or in a much worse condition than the other at the moment of travel and even personal preference/want, however knowing the above basic points ought to help you make an informed decision, keeping in view not only your health and that of your loved ones, but also that of your beloved motorcycle or car.

However whatever you do, make sure you cover Manali – Leh Highway as well as Srinagar – Leh Highway, at least once in your life. Because frankly speaking, both of them are amongst the most scenic and breathtaking routes in the world.