In what could only be termed as a good move for both tourists and locals, Jammu and Kashmir Government has decided to open more areas and routes for Indian as well as Foreign Tourists and has also made the permit procedure for foreigners a little less stringent by reducing the minimum number of people who need to apply for permit from 4 to 2.

Among the places opened for Indian as well as Foreigners are Pachathang and Tyakshi Villages in Nubra Valley, which are located further ahead from Turtuk. Here is a screenshot of Google Maps, depicting the same. 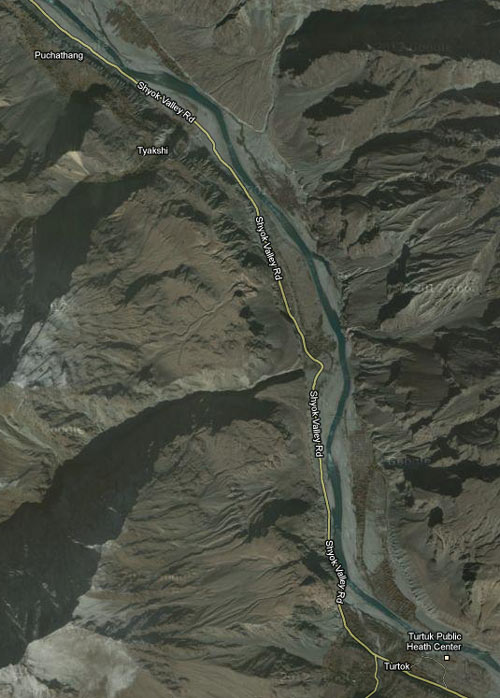 Foreigners can now also travel to Man and Merak Villages along Pangong Tso and till Loma Bend in Nyoma District, where the diversion for Hanle exists.

Additionally, following routes from Kargil to Leh and from Dah to Kargil have been opened up for foreigners and the permit for the same can be procured from the DC Office in Leh and Kargil.

There is no word yet on whether or not the permit restriction enforce since last year, restricting access of Indians to Chushul sector have been lifted or not. But I certainly hope, this is the case and also hope that more such restricted areas are opened for tourists, so that Indians living in such remote areas do not feel cut off from rest of India and can also earn a decent living by engaging in tourist trade.