Yesterday Samsung Galaxy S4 was launched in India, and for an avid Android user like me (especially one who loves Touch Wiz); S4 is the pinnacle of perfection (of course till S5 comes out).

However despite admiring the S4, I cannot even imagine of buying and owning one, because it would mean that I would have to once again carry two mobile phones, something I hated doing, till I eventually bought Samsung Galaxy Grand Duos in February this year (at the time of it’s launch, highest specced dual SIM android phone in India). And I am quite sure there are plenty of people like me, who would love to buy a Galaxy S4 or HTC One with dual SIM for a slight premium, if these were made available. 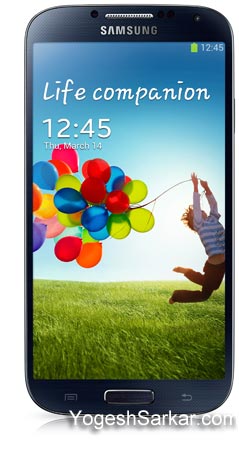 While I am no engineer to comment on what the actual downsides would/could be, the only possible downside I can imagine is the lowered battery life, in comparison to the single SIM variant. Which I guess is acceptable, as long as the S4 Duos can sail through 14-15 hours of usage, without needing a charge.

Add to that, this can be a big USP for Samsung, since there aren’t any high end dual SIM phones out there and whoever first comes out with it, will have the first mover’s advantage and would be able to capture significant market share in this newly created segment. After all, just a couple of years ago, a dual SIM mobile phone costing more than Rs. 20,000 (US$ 370) was unheard of in India and yet, Samsung Galaxy Grand Duos is selling in large number.

Of course it isn’t like I am the first one who would have thought of something like this, I am sure Samsung and other mobile phone manufacturer’s development teams would have thought and even debated this issue, so it might just be the case that Samsung or another major Android Smartphone manufacturer is getting all set to unveil a dual SIM high end smartphone, or at least this is what I would like to hope.

Till then, while I am quite happy with the performance and capabilities of my Samsung Galaxy Grand Duos, I will continue to look at the S4 with admiration and a hint of envy.

Edit: Just read that Samsung has confirmed dual SIM Galaxy S4 for the Chinese market, though specs are still unknown and it isn’t known, whether or not it will arrive in India anytime soon. However the good bit is, you and I are not the only people looking for a high end dual SIM mobile phone and sooner rather than later, Samsung will launch such a device in India as well.