In my earlier two visits to Humayun’s Tomb over a 3 year period, Isa Khan Niazi’s Tomb was closed for repair. However this time around, it was reopened for public and it was good to see all the wonderful work done by ASI and Aga Khan Foundation had managed to restore the tomb to its former glory.

Isa Khan Niazi was an Afghan noble in Sher Shah Suri’s court and lived from 1453AD to 1548AD and was made Governor of Multan by Sher Shah Suri, in recognition of his bravery in Great War of Haybat Khan.

Here are a few photographs of Isa Khan Niazi’s Tomb, which I took on Sunday morning and even though sun by that time had come out in full force, thanks to clouds, lighting conditions were still somewhat alright. 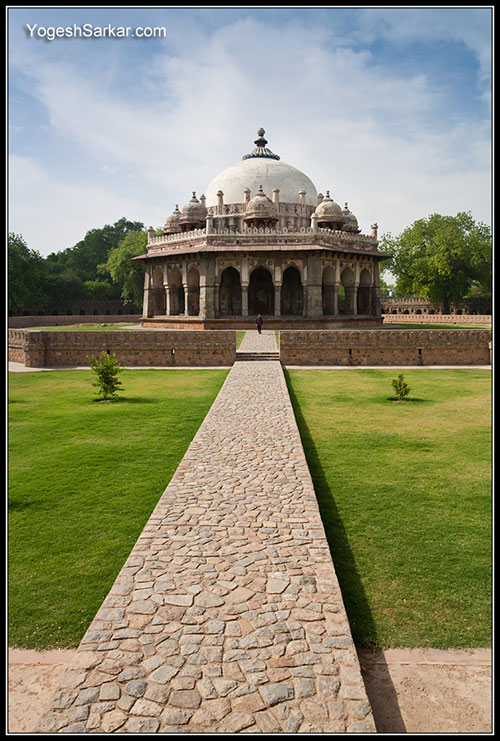 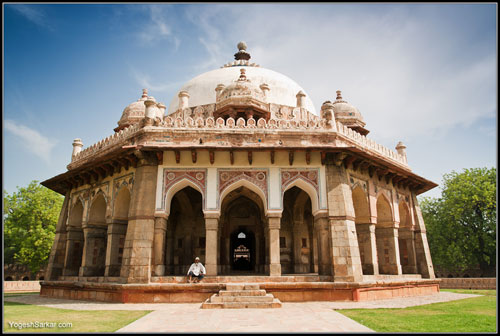 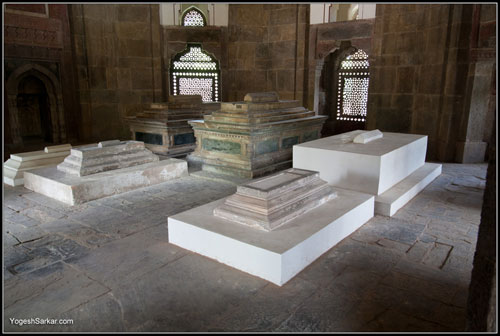 Nishant reviewing photographs in the garden of Isa Khan’s Tomb, with the gate to the tomb visible in the background. 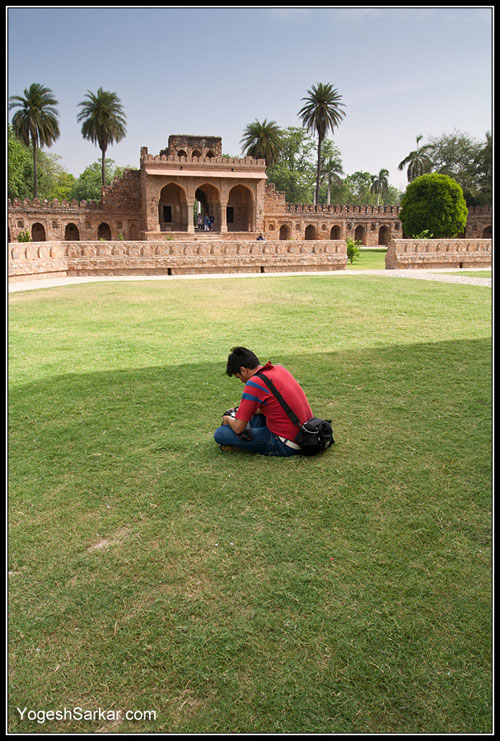