Last week while browsing the web, I saw a deal on Canon EOS 60D, which looked so good that it was next to impossible for me to turn it down and thus I went ahead and ordered it, knowing fully well that Canon is planning to launch the 70D soon (more on that later).

Finally on Monday I got the big brown box containing my 60D, 4GB SanDisk Ultra SD Card (Class 6), 16GB Class 4 SanDisk SD Card, Nisi Lenspen and Simpex 333 tripod. Even though I haven’t been able to go out for a photo shoot yet (plan to do that in the weekend), I have been playing around with the 60D and so far, I am impressed. 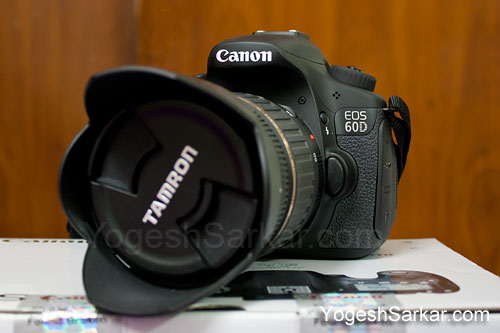 From adjustable ISO range in Auto ISO to the relatively fast and accurate AF to the solid shutter sound and build quality and things like better high ISO performance, movie mode, bigger viewfinder, more buttons and swivel LCD screen; 60D just seems so much better and a real upgrade over my two and a half year old, Canon EOS 1000D. 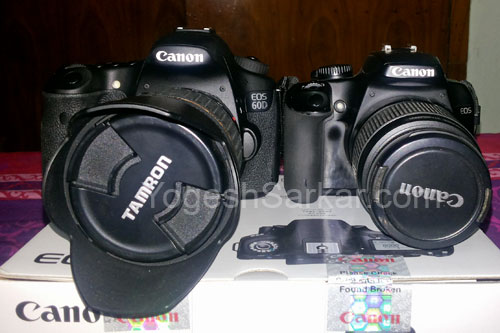 Of course I do plan to keep my trusty 1000D for the foreseeable future as my secondary/backup camera, especially since I have been quite satisfied with its performance.

Of course this means my Lowepro 400AW Camera Backpack is now almost packed to the brim with photography equipment. 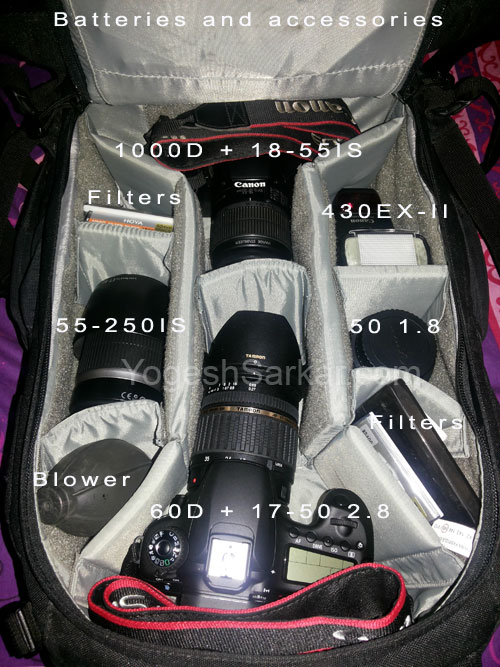 In fact I was so short on space that I had to actually remove the battery grip of my 1000D (with battery grip it cannot be stored in the bottom of the bag) and keep the mounted lens limited to 18-55IS or 50 1.8, since with 55-250IS and 17-50 2.8 (with hood) mounted on my cameras, things were a bit too tight for easy accessibility. 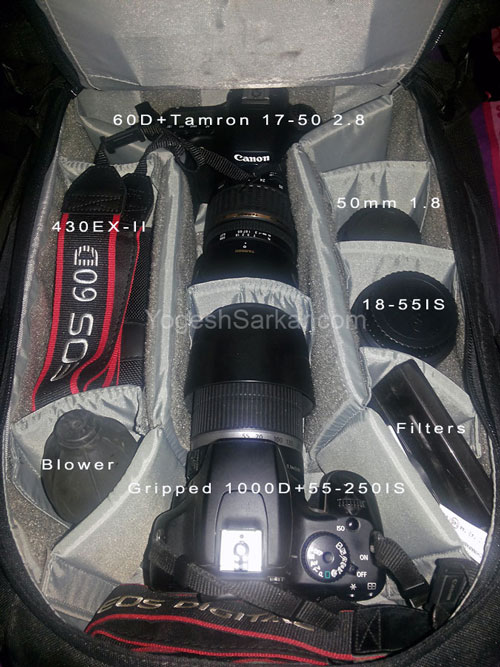 Which I guess is fine, since due to AF speed and accuracy, 60D is going to be my weapon of choice, while birding or shooting sports/events.

Of course the real test of 60D would come on the weekend, when I finally take it out on a photo walk and try and shoot not only city and landscape, but also videos and do a bit of birding. However I have a feeling that I will return highly impressed by the 60D.

One thing I don’t like about the 60D so far is the rear control dial, which seems a bit rough on the thumb and I have a feeling, isn’t going to get any better with use and I will just have to get used to that scraping feeling on the thumb, while using it.

Of course I could have waited for the Canon EOS 70D to arrive, especially since the rumors are, that it is likely going to be announced next month i.e. it should be available in couple of months or so. And even though it is likely to be quite an improvement over the 60D, it would likely be at least 20-30k i.e. 50% more, considering even the Canon EOS 700D body only kit is retailing for around Rs. 51,000 these days, while I bought my Canon EOS 60D for around Rs. 42,000!

At that price, unless that 70D comes with a fantastic new sensor (slim chance of that) or features which exceed 7D, it just does not make economic sense. Hence I decided to pull the trigger and get the 60D for the time being and at least as of now, I am glad that I did that.

I will follow up this post with a more detailed user experience along with photographs and videos a couple of weeks down the line, when I have had the chance to fully learn and exploit the features present in the Canon 60D.

Till then, keep shooting :).