Ever since I got my hands on Canon EOS 60D around 3 days back, I have been dying to try some off camera flash photography, since 60D has an inbuilt wireless trigger to trigger flashes like my Canon 430EX-II.

After I finally figured out how to wirelessly trigger a flash with 60D (procedure given below), I went ahead and shot this photograph of a scale model of Volvo S60. 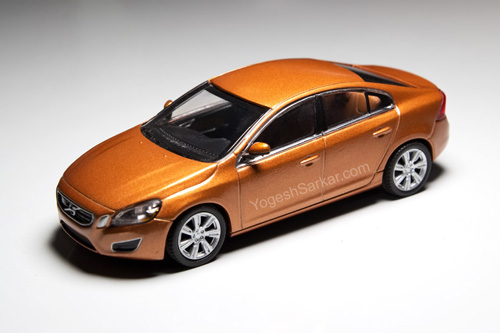 Setup for the above photograph was about as basic as it could be.

I just placed the scale mode on my computer table, mounted 430EX-II on Benro T800-EX tripod with the help of the plastic plate that comes with the 430EX and which can be screwed on to a tripod plate. I then mounted a Gary Fong style flash diffuser on the flash (had bought it for around couple of hundred rupees at Photofair 2013), as shown in the image below. 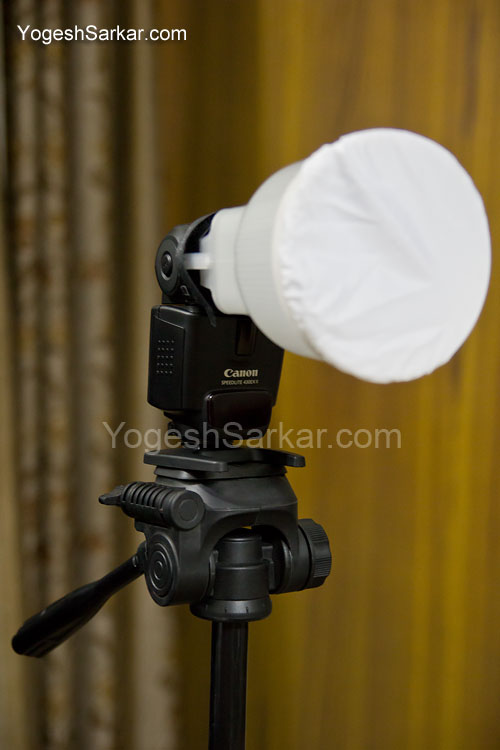 Now once this was done, I tilted the tripod in such a manner that diffuser was directly above the scale model and hence illuminating it evenly from the top.

Canon 60D was in manual mode with aperture set to f8 and shutter speed at 1/250 and ISO 100. I also set the flash exposure value to +3 EV, since the default ETTL value was slightly underexposing the frame.

Result of course is there for you to see and I guess isn’t all that bad, considering it was my first attempt and I hadn’t really bothered with doing a proper setup. Hopefully I will have better results to share few days down the line.

Of course in case you were wondering how to wirelessly trigger a flash with your Canon EOS 60D or for that matter other Canon DSLRs which are capable of wirelessly triggering a flash, well the procedure is fairly simple.

Enter the first tab of Menu and scroll down to Flash Control, then choose Built-in Flash Functions and then choose Wireless Functions. This will display four options and you can choose to either disable the wireless trigger function or set the built in flash to work in tandem with off camera flash or as I did, chose to only use it as a trigger for the off camera flash. 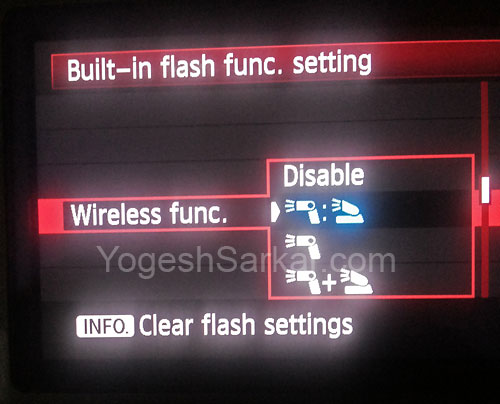 Once you have enabled the wireless trigger functionality, you would also need to set channel your flash is working on, in order for the flash to get triggered.

As you can see this is a fairly straight forward procedure and works quite easily.