After the tragic and devastating cloud burst and flash floods in Uttarakhand, many tourists are wondering whether or not it is safe to travel to Ladakh or for that matter, Spiti, Himachal and Kashmir.

While one cannot predict what Mother Nature has in store for us, right now there is no issue whatsoever in traveling to Ladakh, even though monsoon rains have arrived in North India. This is because majority of Ladakh falls under the rain shadow area and isn’t affected by the monsoon rains. In fact July and August are considered as the best months to visit Ladakh, when monsoon is at its peak in rest of North India.

For those traveling by road to Ladakh, it essentially means that they will face rains and rain related delays till about Baralacha La from the Manali side and till Zoji La on the Srinagar side. Beyond that, weather would be mostly hot and pleasant and Ladakh would be at its green best.

Having said that, Western Disturbances and local weather pattern can and do cause rain and snow fall in Ladakh, throughout the year. At times weather can turn furious and cause devastation, like it did in 2010. However, that is more of an exception, rather than a norm.

While Spiti too falls under the rain shadow area, both its land routes (Manali-Kunzum and Shimla-Kinnaur) can get closed in monsoon season due to landslides. In fact at the moment Shimla – Kaza route is closed due to landslides in Kinnaur.

So in comparison to Ladakh, Spiti remains a little bit more volatile and dangerous during the monsoon season, even though it too isn’t impacted by what is currently happening in Uttaranchal.

Same is the case with various tourist locations in Himachal Pradesh and Kashmir, where situation is mostly normal at the moment, however heavy rainfall can result in landslides, leading to road closures. And while vast majority of such landslides are removed within hours, a handful of nasty ones can take several days to get cleared.

This is one of the reasons why those planning to travel in North India (irrespective of the destination) during July and August are recommended to keep at least a day or two in hand as buffer days, to deal with such delays en route.

However, this is also the time when hills are at their green best and majority of the hill stations have few if any tourists around. 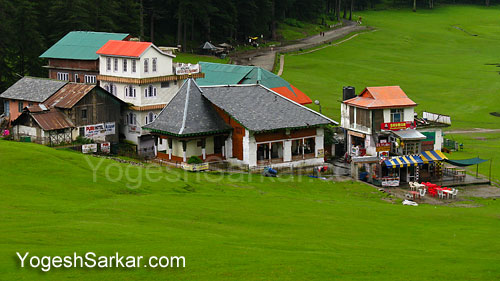