With specifications of the Canon EOS 70D finally out in the open and Canon to start delivering it in September, a question is no doubt doing rounds in the mind of many, whether to wait and buy the new 70D or go in for the 60D, which is now available for a discounted price.

While the 70D features a new sensor that Canon users have been waiting for, for quite a while in hopes of better high ISO and dynamic range performance. Canon’s decision to put dual pixel technology, wherein each pixel of the sensor is split in to two, one for image and other for Phase Detection AF, essentially makes the new sensor a 40 megapixel one. And it remains to be seen, whether or not the high ISO performance of the 70D suffers due to smaller image pixels. 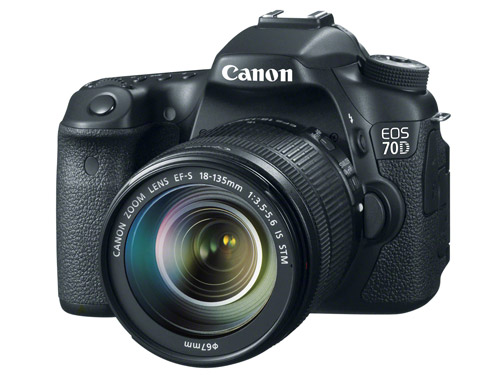 Add to that, earlier live view AF systems from Canon (whether on the EOS-M or the APS-C series) have performed quite poorly and even though the new tech sounds good on paper, it remains to be seen, how well it is implemented in real life. Especially when it is compared with mirrorless cameras, which I guess Canon is trying to take on, by introducing this new phase detection technology.

These doubts aside, Canon EOS 70D is a worthy upgrade to the 60D (at least on paper) and the new dual pixel 20 megapixel sensor along with higher burst rate (though with same buffer size), 7D AF system, Wi-Fi, Touchscreen, AF micro adjustment, movie servo AF and stereo mic is tempting enough even for someone like me, who had purchased the 60D around a month back.

However, Canon 70D also costs twice as much as the 60D, and the savings are enough to let you buy the fantastic Canon EF-S 15-85IS USM lens, which I guess for many would actually result in better real world image quality than a new sensor. And this I guess is a good enough reason for me and several others like me to go in for the 60D, even as we lust for the 70D goodies.

Having said that, I feel Canon has shown us all the future of the DSLRs and has managed to produce something which could eventually end up producing the best fusion of DSLR and Mirorless technology, if it hasn’t done so already.