Earlier in the week I received an invite from Nikon India for their Power Your Clicks Workshop with Raghu Rai at India International Center. Raghu Rai is one of the most prominent photographers in India and someone I admire quite a bit, so I was quite excited by the prospect of attending one of his lectures.

Unfortunately, much to my own annoyance, I reached the venue a bit late and missed out on the first 10 minutes of the lecture. However, there was still quite a bit of the session left and Raghu Rai not only gave some fantastic photography advice and tips, but also told us the stories behind the photographs he had taken in the 1971 Bangladesh War. 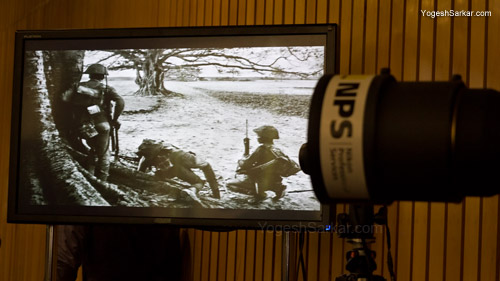 However the real cherry on top was the Q&A session, which lasted for nearly an hour and where Raghu Rai patiently answered the queries of novice and not so novice shooters. 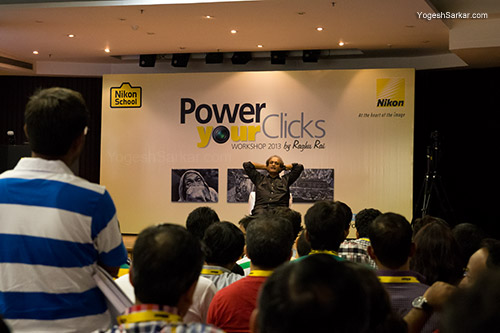 The wisdom that Raghu Rai shared with all of us was priceless and something one rarely finds in photography books or other normal photography workshops and shows the depth of his knowledge and understanding of photography and in particular photojournalism.

After the 2 hour lecture and Q&A session by Raghu Rai was over, we went out for a 15 minute break to not only stretch our legs, but also to reflect upon the wisdom this ace photographer had shared with us.

Of course the Power Your Clicks workshop was far from over and soon we were back in the auditorium for more. 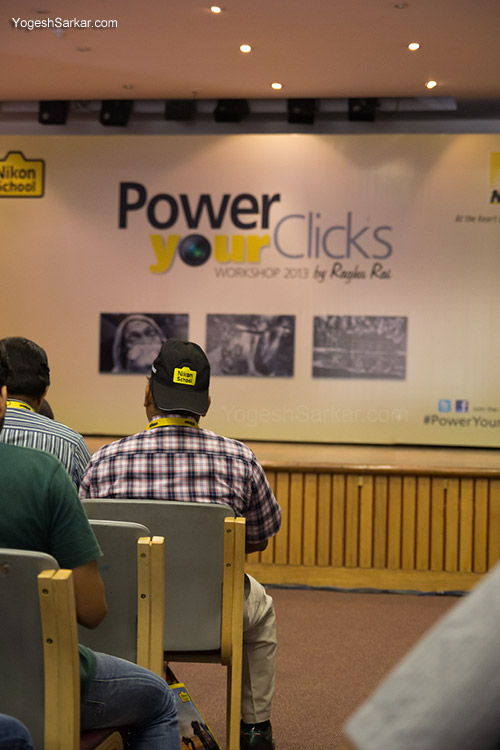 This part of the workshop was conducted by Nikon India’s technical team and they delved into topics ranging from benefits of shooting RAW to editing photographs in ViewNX and CaptureNX to flash and HDR photography.

And while most of the topics they covered were something I already knew about, it was nonetheless educational and immensely helpful for those new to DSLR photography and in particular Nikon DSLRs.

I particularly loved the fact that they stated that RAW shooting is not only for the professional photographers, but also the novice shooters, since it gives more leeway during post processing to correct the exposure mistakes one might have made and since most often than not, it is the novice who make mistakes, it makes sense for them to shoot RAW as well.

After Nikon India’s Power Your Clicks workshop was over, it was time for some delicious lunch (included in the cost of the workshop). And once that was over, I spent some time going through some of the work of Raghu Rai, which was displayed at the entrance of the auditorium. 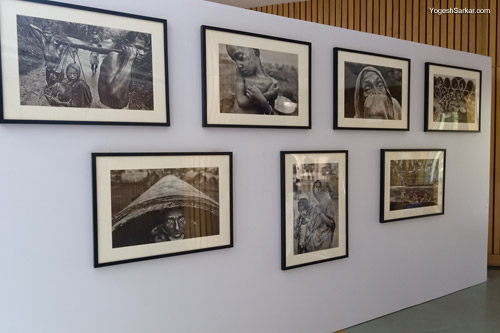 As if all of the above wasn’t enough, Nikon India also gave some free stuff to all those who attended Power Your Clicks workshop, including me, who got the opportunity to attend the workshop for free. 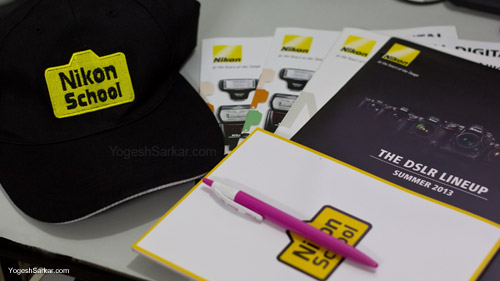 Overall it was a fantastic experience and it was heartening to see Nikon India doing their bit to promote photography in India and give opportunity to budding photographers like me to learn from the likes of Raghu Rai.