Having bought the Tokina 11-16 f2.8 lens recently, I was eager to go out for photography and check its capabilities. However, it is monsoon season in Delhi and when it isn’t raining here, the sky mostly becomes so boring and bland that photographing monuments was out of question. Add to that, I was eager to see how Tokina 11-16 would perform at f2.8, especially since the few photographs I had shot at home had come out quite good.

So I decided to visit Indian Air Force Museum on Sunday and when I arrived there, I learnt that photography was no longer allowed there. People weren’t even allowed to carry mobile phones with cameras inside. Shell shocked by this absurd rule and having wasted time and fuel, I was in no mood to go back home, empty handed.

So I decided to head to National Railway Museum, a place which not only met all my requirements, but also one which welcomed its visitors without such draconian rules!

After arriving at the Rail Museum, I first went to the indoor exhibit area, in a bid to test out Tokina in low light situation and at the same time hoping that, by the time I come out, sky would be much better.

First up was this beautiful fire engine, Nizam’s State No. 1. Which although didn’t require all that much depth of field, but did require me to shoot with Tokina wide open and that too at ISO 1600! 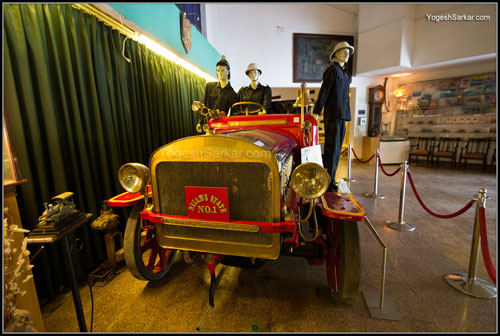 In fact almost all of the images I shot at the indoor exhibit were at aperture f2.8 and ISO ranging from 800 to as high as 3200 and yet, my Canon 60D and Tokina 11-16 f2.8 lens performed brilliantly. What impressed me most was the fact that depth of field even wide open was quite large (as seen in the image below), which makes Tokina 11-16 f2.8 lens perfect for indoor photography at monuments and museums, where you cannot use a tripod to take long exposures. 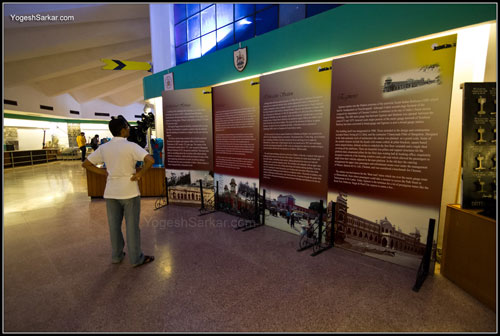 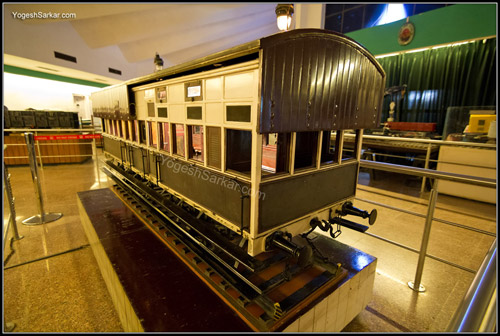 Skull of a wild elephant (click to enlarge): History of it as inscribed in the display, “Run into by the UP Mail of September 28th 1894 at about half past nine at night. The accident occurred in the Saranda Jungle near Goilkera, at a distance of 220 miles from Calcutta. As a result of the collision, the engine and seven vehicles were derailed whilst the elephant, which was apparently trying to cross the line, was subsequently found dead and considerably mutilated at the bottom of the bank which is 40 feet high at this point. One of the tusks of the elephant has been preserved at the board office in London whilst the other became the proper of the engine driver, Mr. James Bell.” 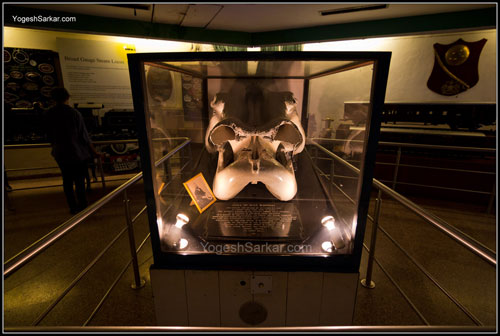 Having come out quite impressed with the performance of the lens wide open and in indoor environment, I came outside to truly gauge the sharpness and depth of field of Tokina. And while the lighting and sky was quite bad (bland sky with sun coming out harshly at times), Tokina performed brilliantly once again. 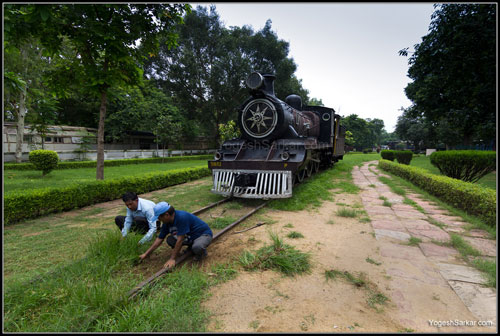 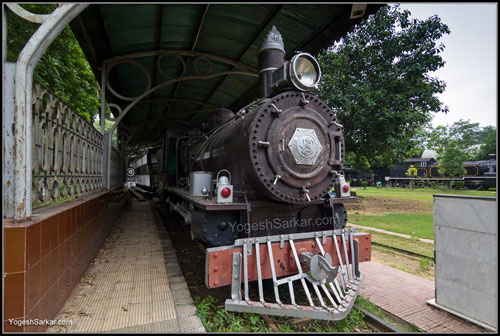 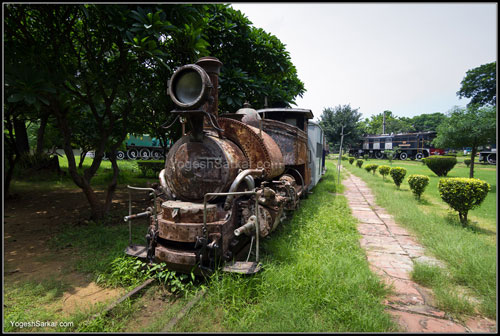 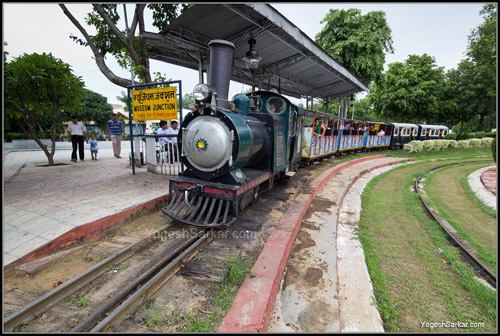 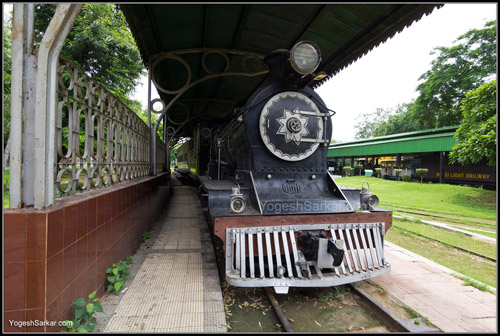 Overall, I am quite impressed and blown away by the performance of the Tokina 11-16 f2.8 lens and although I was shooting in conditions I wouldn’t normally shoot in, I guess the photographs have come out somewhat decent and are a testament to the performance and versatility of this nifty lens.

Funny bit of course is that I have always loved the distortion of Ultra Wide Angle Lenses, and I had always scuffed at Tokina for having very little of it. However that distortion only looks good in case of landscape and while shooting objects and architecture, distortion can be quite counterproductive. So at least today I was quite glad that Tokina 11-16 didn’t exhibit too much distortion and whatever little distortion was there, was easily corrected automatically by Photoshop.