As a travel and photography enthusiast, ever so often I come across places, museums, dams, bridges etc. where photography is forbidden for one reason or another and these days it seems to be happening quite frequently in the name of national security.

As a naïve person, I have never quite understood the relation between a museum (which is open to all and sundry) being photographed and somehow our national security being threatened due to it. And if something so important and secretive is placed in a museum, which can threaten the national security if it is viewed by our enemies, then isn’t it time to question the wisdom of displaying it to public, rather than attempt a band aid approach of banning photography? 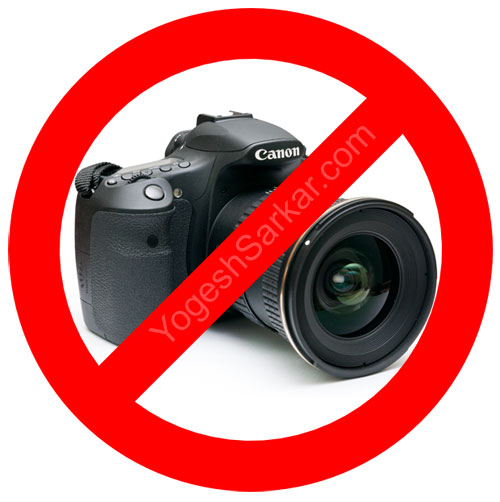 I mean on one hand our government and armed forces spend thousands of crores each year in an attempt to raise awareness and promote the rich history, heritage, natural splendors and feats of engineering India has to offer and on the other hand, they seek to stifle those citizens, who attempt to do the same. All in the name of national security, which at least to me, can’t be threatened by a person photographing decommissioned planes at the Air Force Museum.

Fact of the matter is, National Security is of utmost importance to all of us; however a pragmatic approach needs to be taken to ensure that in the name of it, draconian rules aren’t being imposed, which do nothing to protect our nation and its interests, but do end up frustrating and restricting the citizenry in such a way, that it impacts our creative and commercial pursuits.

If anything, photography ought to be encouraged at all museums, in a bid to ensure that the message our museums hope to send, isn’t confined to its concrete walls and limited to a lucky few, who manage to visit them.