While I have been noticing slight sluggishness in the operations of my Samsung Galaxy Grand for a while, things didn’t become that apparent, until my sister bought Micromax A116 Canvas HD and I saw it fly through menus and widgets.

Funny thing was that I wasn’t actually feeling sluggishness while using any apps or browser, but only when browsing through home screen, menus and settings. Then during the photowalk on Sunday, Siddharth mentioned about developer options and how enabling “Force GPU Rendering” would off load 2D rendering from CPU to GPU and make the phone seem more responsive.

So when I got back home, I decided to enable Force GPU Rendering and noticed a slight increase in responsiveness of the phone. However, it still didn’t seem fast enough, so I decided to disable “Transition Animation Scale”, “Animator Duration Scale” and “Window Animation Scale”. Now the results were even more apparent and my Galaxy Grand Duos seemed as responsive as the quad core Canvas HD, which is running mostly stock Android.

While enabling “Force GPU Rendering” can cause problem with few apps and widget, I haven’t encountered any issues so far and now my Galaxy Grand flies through menu and home screen, without missing a beat and seem to be performing a lot more consistently than earlier.

If you too want to do the same, then follow these simple steps:

Open settings and scroll down to the bottom. Second last option in the settings menu would be Developer Options. 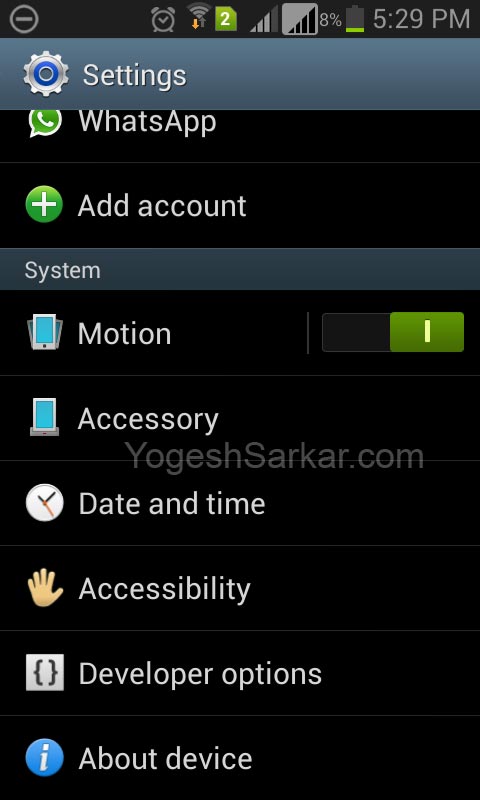 Enable the Developer Option switch at the very top and now scroll down till you see Window animation scale. 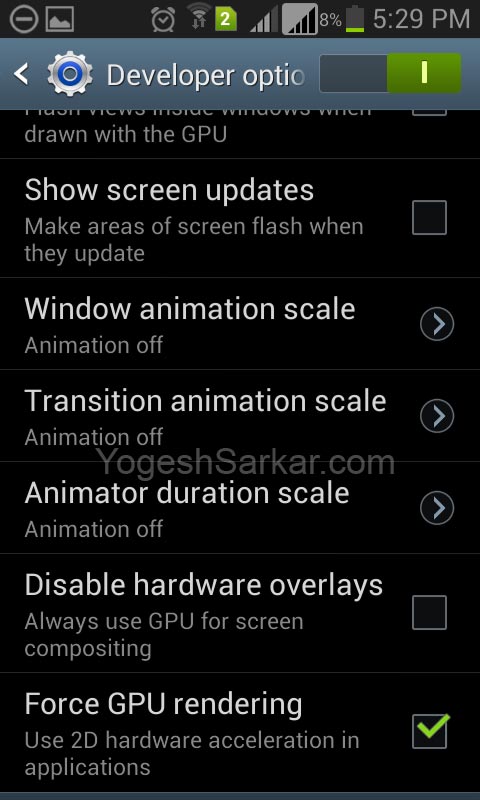 Now one by one, choose “Window animation”, “Transition animation scale” and “Animator duration scale” and choose off to switch off these animation. Then scroll down to “Force GPU rendering” and press the checkbox in front of it to enable this option.

Now exit the settings and everything should feel much faster than earlier. Remember you can always turn off these settings if you feel any issue with the device.