Delhi Elections are only a couple of months away and although I do not really follow politics all that much, I have all but decided to vote for Aam Aadmi Party (AAP) in the coming Delhi polls. Even though I firmly believe only BJP or Congress can actually amass enough votes to form government at center and in Delhi and I seriously believe our country does not need another socialist party, which I believe AAP is.

So why have I decided to vote for AAP, instead of Congress or BJP?

Well the reason is simple, despite living in India’s Capital and that too in a DDA colony built several decades ago, we have always faced water and electricity issues. On top of that, our colony roads, which were in decent shape, have been dug up to pave the way for concrete ones, in a bid by the government to woo voters just ahead of the poll and no doubt, line up the coffers of contractors. This in turn has resulted in further hardship for residents of our colony. 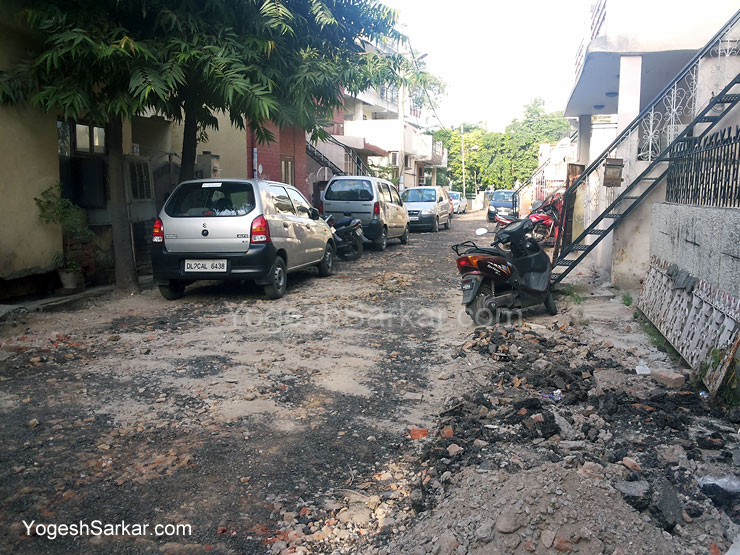 So even though I do not believe AAP would actually be able to form government in Delhi or for that matter, win enough seats to present itself as a strong opposition party for quite some time to come. I feel if it amasses enough votes (irrespective of whether it wins or loses seats), it will send a strong message to the political class, that they can no longer take educated voters for granted and indulge in such theatrics before election season, in order to garner votes and funds!

Furthermore, I would urge all citizens of Delhi and India to come out in large numbers in your local and state elections to ensure that it isn’t a small minority (less than half the eligible voters vote in India vote) which elects governments, but rather the collective conscious of our nation, irrespective of what the final outcome is.