For almost a year now, I have been using 9AH Amaron Pro Bike Rider Battery in my Bajaj Pulsar 180 motorcycle and I guess time is now ripe for a review.

For starters, Amaron Pro Bike Rider Motorcycle Battery is a completely sealed maintenance free battery i.e. there is no need to top up water, like in case of regular motorcycle batteries. Which is a real boon for lazy people like me and one of the reasons why I had switched to 7AH UPS batteries 6 years ago. 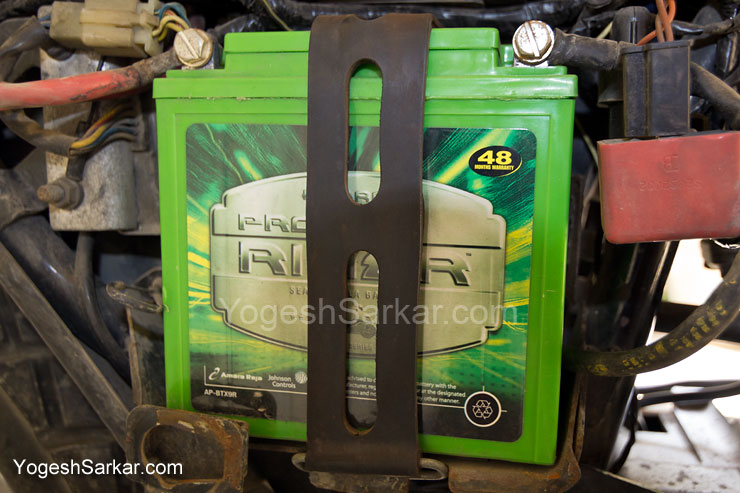 Amaron Pro Rider battery that I bought also comes with 48 month warranty. Though it is only in the first 24 months that you get replacement in case of any issues, beyond that you get a prorated discount on purchase of new Amaron Battery, so technically I wouldn’t really term it as a 48 month warranty, even though manufacturer would like you to believe that. However, 24 month warranty is good enough in most cases and wouldn’t really be put to use by vast majority of users.

As far as battery is concerned, so far I have not experienced any issues whatsoever and I am happy with the performance of the battery, as well as the cost (I paid Rs. 1500 for it, without exchanging old battery). It has neither troubled me during cold starts in the winter months of Delhi nor created any fuss when the bike was started after several days of inactivity.

What remains to be seen is whether or not this battery manages to last for at least 3 years, which I would consider to be decent life span for a motorcycle battery like this and hence I will post an update, when this battery eventually dies, to give you a rough idea of how much it lasts.

Overall I am pretty happy with my purchase, even though I ended up spending more than twice of what I used to pay for 7AH UPS battery I was using earlier. Because backup in case of Amaron Pro Bike Rider battery is a lot more and that pays off, when you are stuck in a situation which demands multiple cranks of self start.