Humayun’s Tomb, located near the Hazrat Nizamuddin Railway Station is a UNESCO World Heritage Site and one of the most beautiful Mughal Tombs in India. 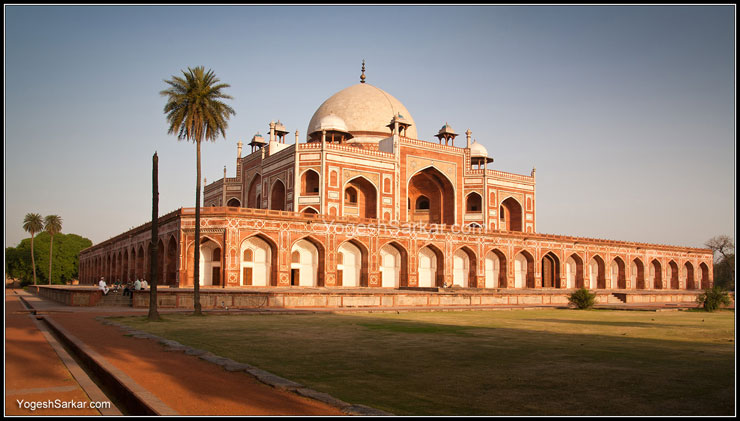 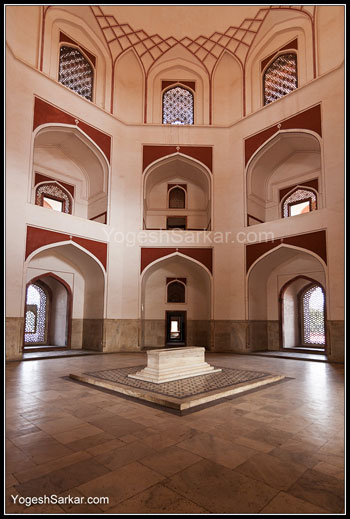 Nasir ud-din Muhammad Humayun was the second Mughal Emperor of India and father of Mughal Emperor, Akbar. He ruled Afghanistan, Pakistan and large part of North India during 1530 to 1540 and again from 1555 to 1556.

After his death in 1556, his wife, Bega Begum decided to devote her life to building a mausoleum for her deceased husband and construction of Humayun’s Tomb began in 1569, under the supervision of Persian Architect, Mirak Mirza Ghiyath and was completed in 1572. At that time, Humayun’s Tomb was the first Garden Tomb in Indian Subcontinent and was completed at the cost of 15 lakh Rupees (1.5 million Rupees) and was paid for entirely by Bega Begum.

Prior to being buried under the cenotaph of Humayun’s Tomb, Humayun was buried in Purana Qila (Old Fort) in January 1556, and later his body was exhumed and taken to Sirhind, Punjab, when Mughals lost control of Delhi and Agra in October 1556 to Samrat Hem Chandra Vikramaditya (Emperor Hemu).

Beautiful garden surrounding Humayun’s Tomb also houses several smaller monuments, including the Tomb of Isa Khan Niyazi, an Afghan noble in the court of Sher Shah Suri and Islam Shah Suri, who had fought against Mughals Empire. His Tomb was built in 1547 and has been recently restored to its former glory by ASI and Aga Khan Trust. 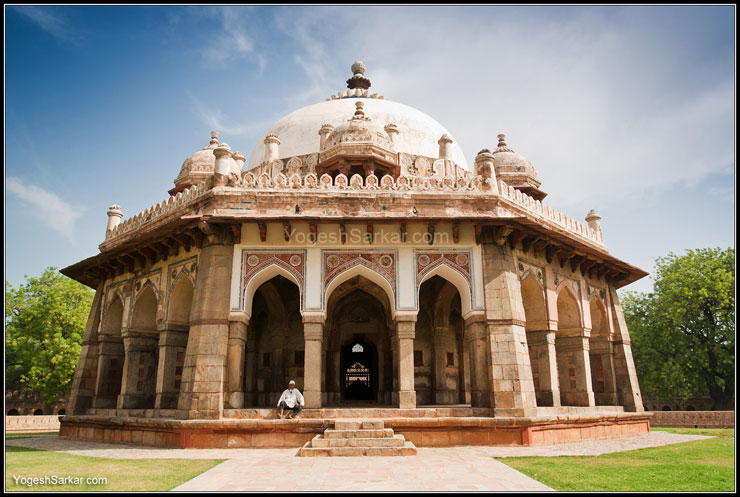 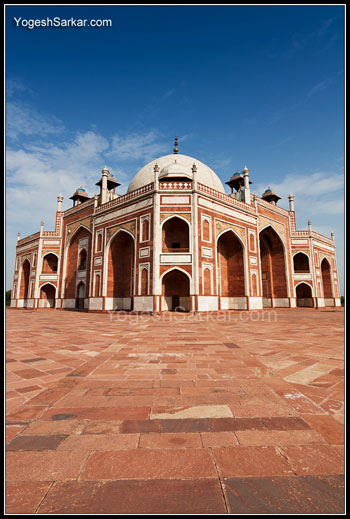 During the Indian Rebellion of 1857, last Mughal Emperor, Bahadur Shah Zafar took refuge in Humayun’s Tomb along with three princes, before being captured and exiled to Rangoon by the British. While during 1947 partition of India and Pakistan, Humayun’s Tomb became a major refugee camp for people heading to newly created Pakistan.

This led to the decline of not only the beautiful garden surrounding the monument, but also Humayun’s Tomb, which has since then been restored to its former glory by ASI and Aga Khan Trust. While some of the work is still going on, vast majority of it is now complete and visitors to this historic monument can see this cornerstone of Mughal Architecture in its former glory.

Since Humayun’s Tomb is an ASI protected monument, it is supposedly open from sunrise to sunset, although in reality, ticket seller only arrives after 6:30AM.

Citizens of India and those of SAARC Countries (Bangladesh, Nepal, Bhutan, Sri Lanka, Pakistan, Maldives and Afghanistan) and Myanmar are charged Rs. 10 as entrance fee, while visitors belonging to other countries have to shell out US$ 5 or Rs. 250 as entrance fee.

There are no restaurants or food vendors in Humayun’s Tomb, hence if you are planning to spend considerable time exploring the tomb, then make sure you are carrying water and maybe even food with you.

Humayun’s Tomb is covered by all three routes of Delhi Tourim’s HOHO Bus Service (hop on, hop off), hence those planning to tour Delhi on their own pace and in budget, can easily cover it by availing this bus service. Charges for it are as followed:

Tripods aren’t allowed inside the monument, unless you have written permission from Archeological Survey of India (ASI) and same also holds true for other ASI protected monument, so make sure to leave your tripod at hotel/home. There is also plethora of flora and fauna available in the garden of Humayun’s Tomb, making it an ideal place for photowalk.