Yesterday due to some urgent work, I had to do a lot of runaround in the city and I managed to clock around 90km between 1:30pm to 7pm, with many of those kilometers coming from traveling in the wrong direction, thanks to GPS Navigation!

On my phone, I have Google and Sygic MapmyIndia Maps installed and both offer voice navigation, which is needed for people like me, who travel on motorcycles and thus can’t look on the phone screen for navigation, while riding.

With Sygic now showing live traffic details on the map and my MTNL 3G connection as usual failing to work properly, getting it to start navigating was a chore in itself and wasted a lot of my precious time. Worse still, I was no longer getting voice navigation through it. While I tried to sort the issue couple of times, I decided it was too much of a hassle and turned to Google Maps.

Google Maps App promptly displayed my location and thanks to Delhi map already being cached, it also calculated my route in a jiffy. After riding around for 40-45 minutes and getting lost couple of times due to Google Maps asking me to take a right on one way street, I managed to reach my destination.

Only problem was, it wasn’t Delhi Secretariat, but rather Center Secretariat! 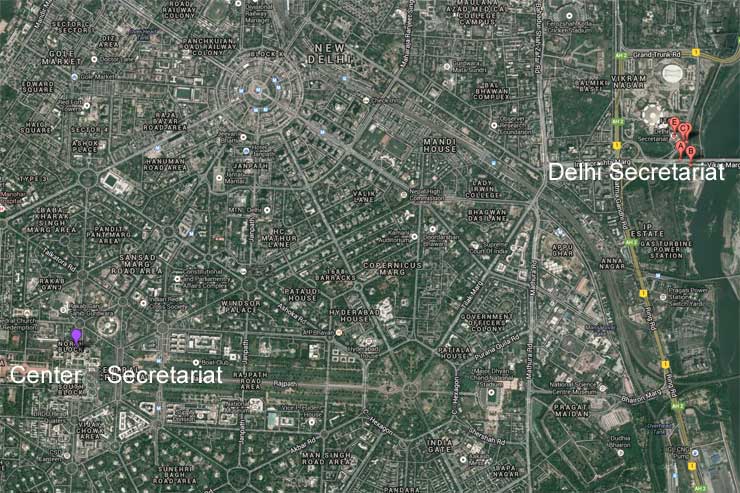 Sadly enough, while choosing my navigation destination, I had chosen Google’s automatic suggestion, instead of using the search button and thus I ended up taking Sadar Bazar route to Central Secretariat, in turn wasting my precious time, fuel and at least some of my sanity, in the process!

By the end of it, I was so damn fed up of this major goof up, I decided to stop relying on GPS for navigation for the rest of the day and ended up taking direction from strangers, who too made me clock a few extra miles, but still nothing close to what Google Maps made me do!

Sygic MapmyIndia on the other hand, seems to running alright, after I changed the voice to Emma, UK instead of Dianne, Australia I had chosen earlier.

While I still think I am not as stupid as those people who drive into lakes or even sea, blindly following what the GPS Navigation System told them, I guess I still need to smarten up more and stop relying solely on GPS Navigation.