I have been using Logitech’s M235 Wireless Mouse for around 15 months, having switched from a wired optical mouse from Logitech; it was a great relief to get rid of at least one cable from my desktop and being able to use it while sitting away from the computer and watching movie/video.

I had bought Logitech M235 from Flipkart for Rs. 971, and although it is smaller in size than normal sized desktop wired mouse, it is comfortable to hold and use, especially for those with small hands (I used to get a lot complaints about larger mouse from my mom and sis.) 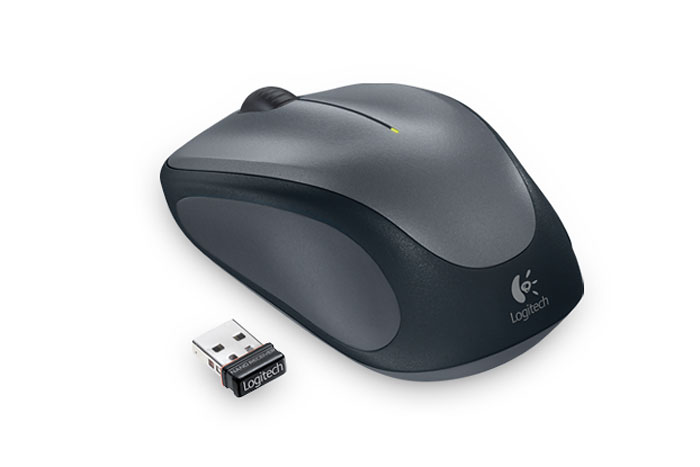 Logitech M235 comes with a nano USB wireless receiver, which barely stands out from the USB port and is fantastic for those planning to use this with a laptop or netbook. In case of a Desktop, while this doesn’t really matters that much, I guess it is a good thing and doesn’t comes in your way, while you are trying to plug/unplug something from a USB port next to it. Even though I have not used it long distance away from my desktop, for 5-7 feet, it works perfectly.

It operates on a single AA battery, and I am using Sony’s Cycle Energy rechargeable NiMH battery, which normally lasts anywhere from one and a half month to couple of months for my kind of usage (lots of mouse usage for 8-12 hours a day). Normal AA batteries generally last less than that and my suggestion is to not to use them, from both long term cost perspective and carbon footprint wise.

Logitech M235 mouse also comes with 3 year warranty from Logitech and feels sturdy enough to last that duration or more.

While it features Logitech’s “Advanced Optical Tracking”, it doesn’t really feels as accurate as a wired mouse, especially while trying to edit photographs. Also it doesn’t really work on all surfaces and in my view a mouse pad is a must with this mouse.

Since this is my first Wireless Mouse, I don’t really have anything to compare its performance with, although I have just ordered Microsoft Desktop 800 Wireless Keyboard and Mouse bundle, since Q key of my four year old Logitech multimedia keyboard started working on its own. So couple of months down the line, I should be able to update this review or post a comparison between Logitech M235 Mouse and Microsoft Desktop 800 Wireless Mouse.

For now, I feel Logitech M235 is a decent wireless mouse for the price and despite couple of shortcomings, it is a good enough buy for anyone looking to reduce clutter from their desktop or get a real mouse for their laptop.