Today morning I went to see Durga Puja at Kali Bari, which is located near Birla Temple on Mandir Marg.

There were few people around that early and the curtains in front of Durga Pratima were drawn, though I did manage to take a couple of photographs from side and there is no better way to start a day than to visit a temple and see statues of Maa Durga and Kali and of course, indulge in a bit of photography, videography and biking. 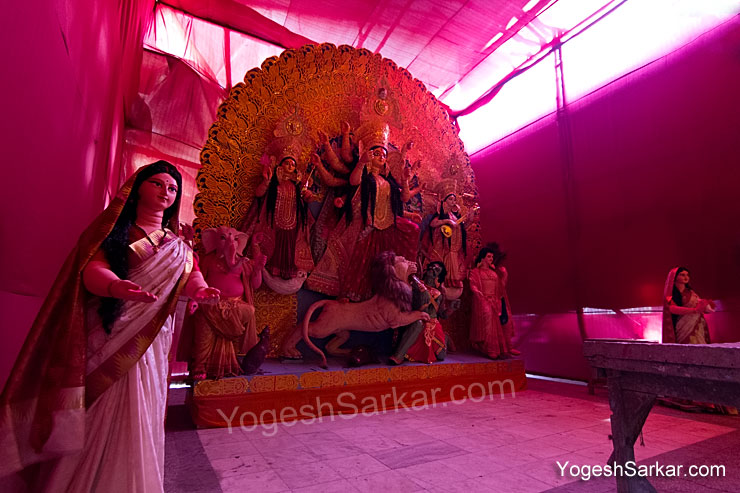 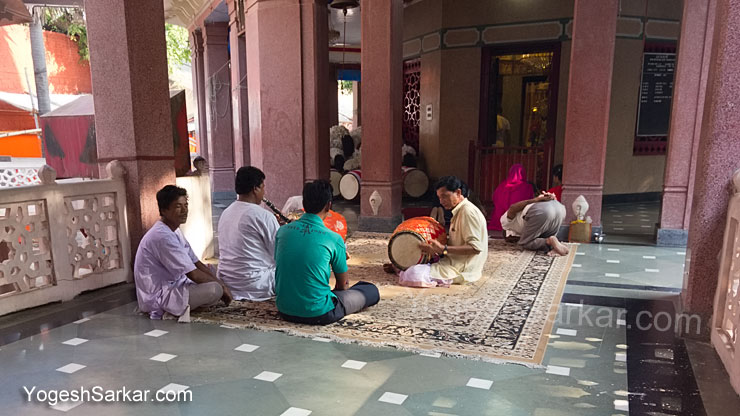 Musicians playing in front of sanctum sanctorum of Kali Bari

Of course the real icing on the cake was the musicians, who were playing just in front of Kali Maa’s Pratima. Since I had taken my Canon 60D with me, I decided to shoot a video of one of their plays. Sadly I don’t have an external microphone, so sound isn’t as great as what I had the opportunity of hearing there.

In case you are wondering, video was shot with my Tokina 11-16 II lens and compressed using Live Movie Maker (which resulted in slight loss of quality.)

Hopefully I would be visiting a lot more Durga Puja Pandals in the coming days and would come back with even better photographs and videos.