Yesterday I gave you 5 reasons why you should buy a DSLR. However, for a long time I avoided buying a DSLR and was content with shooting with my point and shoot cameras, even though friends and acquaintances constantly encouraged me to buy a DSLR. Thus having been on both sides of the divide has given me a unique perspective, which I would like to share here:

DSLR photography is extremely expensive: Primary reason for owning a DSLR is to be able to use multitude of lenses, flashes, filters and other accessories to get the creative freedom you wouldn’t be able to get with a fixed lens camera. However, this also means that your expenses do not stop with buying a DSLR. In fact, buying a DSLR is just the beginning of an expense spree, which often ends up costing you much more in the long run, with many of the good lenses costing more than the camera itself!

DSLRs are bulky: Even with a single zoom lens, DSLR is usually larger and heavier than most mega-zoom cameras and in comparison to compact point and shoot cameras, DSLRs are behemoths, which can be tough to carry on trips or while going to parties and weddings. In fact point and shoot cameras are so convenient in comparison, I used to keep them inside my jacket, while touring on my motorcycle and used to shoot photographs, without even getting off the motorcycle or taking off my helmet! In case of a DSLR, even with a DSLR tankbag, it isn’t that easy or fast. 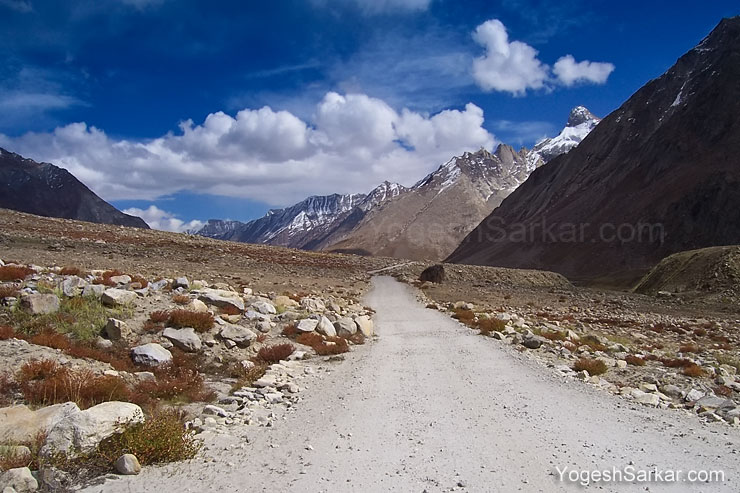 DSLRs require more effort: While I had written yesterday that it is easier to shoot photographs with a DSLR in manual, aperture and shutter priority modes, it is a lot tougher to get good enough results with a DSLR to justify its usage and price, unless you put in considerably more effort in not only shooting the photograph, but also editing it at a later stage.

DSLRs attract unnecessary attention: I will never forget the day, Salil and I went to photograph India Gate at night and both of us had setup our tripods to take long exposures. While I had my point and shoot camera, he had his brand new DSLR. Pretty soon, a drunken fellow came and kept asking him again and again, for the rate to have his picture taken in front of India Gate! Not to mention numerous others, who wanted to know, which news channel he was from?

DSLRs are a headache to maintain and protect: From fungus ruining lenses to dust, finger prints and what not getting plastered on the large front element of DSLR lenses and dust getting inside the camera and on to the sensor, there are plenty of headaches that come with owning a DSLR. Take the below photograph for instance, this cute little kid decided to play with Salil’s DSLR and eventually managed to not only get a finger print or two on the lens, but also detached the lens from body, and was stopped from touching the mirror, just in the nick of time! 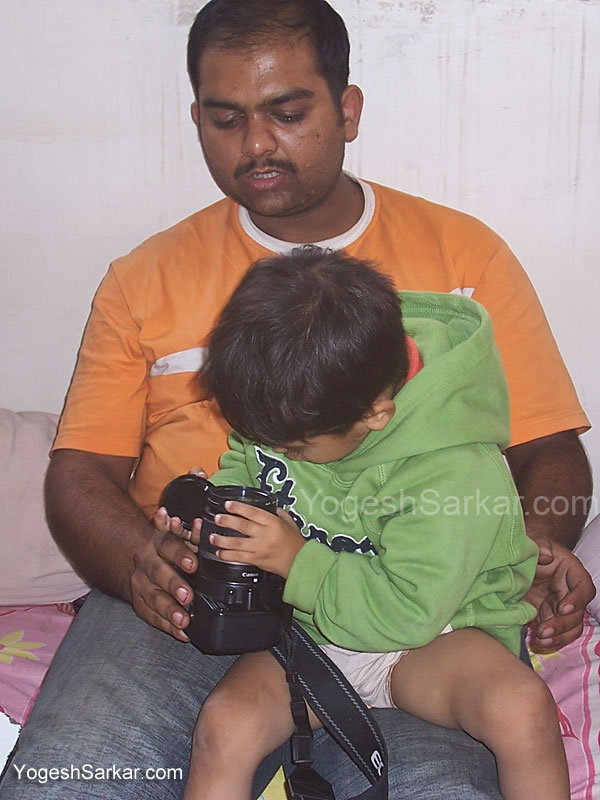 Now I am not saying that normal point and shoot cameras aren’t at risk in such situations, however larger size of DSLRs and the fact that the lens can be removed, is something that makes them more susceptible to wear, tear and damage.

At the end of the day, irrespective of the camera you have and decided to buy, you should never stop improving your photography skills and composition and not let lack of equipment hold you back. Because it is great compositions which draws a viewer, rather than a tack sharp image with poor composition!