Government has decided to make Srinagar – Leh Highway an all-weather road, with the construction of a tunnel to bypass Zoji La.

During winter, Zoji La gets covered under several feet of snow and remains closed for traffic for 4-5 months. Forcing locals, tourists and Security Forces to rely on aerial route and stock up supplies for the winter.

Zoji La Tunnel, along with Rohtang Tunnel and all-weather route from Himachal to Ladakh will be a blessing for all, and will not only allow round the year connectivity for those brave enough to face near arctic temperatures of Ladakh, but also allow locals and security forces to easily get supplies in winter. Proposed 15km long, two lane and bidirectional Zoji La Tunnel should also help ease up traffic movement in summer and help people avoid this treacherous route to Zoji La. 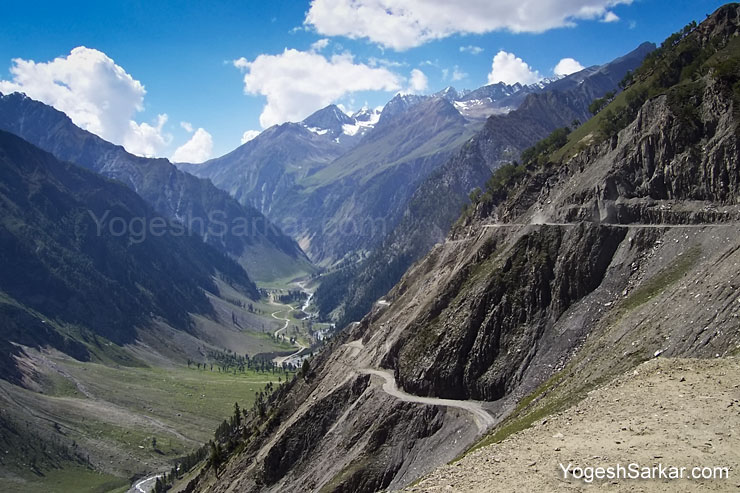 Of course, none of this matters till this Rs. 9,090 crore project (US$ 1489 million) actually gets started on the ground and is finished within the stipulated time. Because Darcha – Padum – Nimmu – Leh Highway has been under construction for around one and half decades and is still far from complete.

However with the increased threat perception in Ladakh from the Chinese and Rahul Gandhi himself taking a lead role in getting this project approved; hopefully we will get to see a speedier execution.

Till then, happy offroading at Zoji La :D.