Today I got a chance to attend Nikon’s Through The Lens, Delhi Blogger Meet, held at B Bar in Saket. 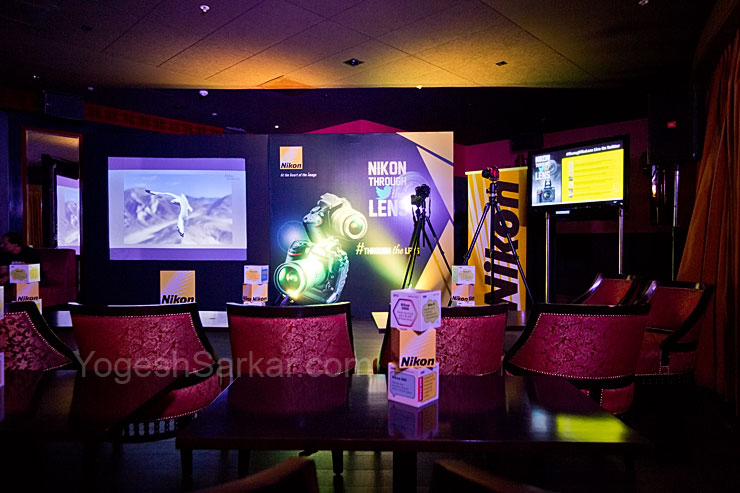 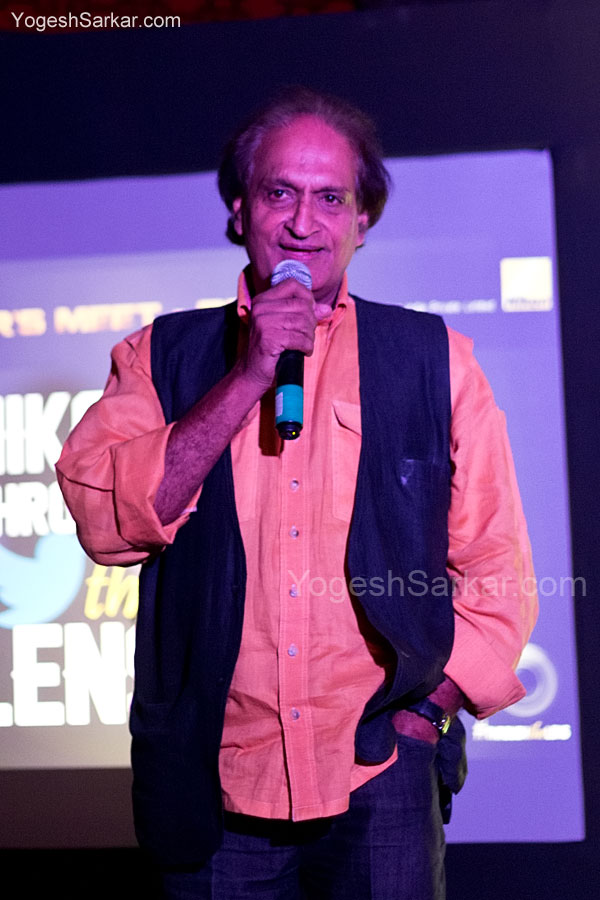 Though Mr. Rai only spoke for a little while this time around (unlike during Power Your Clicks Workshop), it was extremely interesting and educating to hear him share his thoughts with us budding photographers and bloggers, and answer questions from the audience.

After Mr. Raghu Rai, Mr. Hiroshi Takashina, MD Nikon India, took the center stage and told us the importance of F mount and Nikon’s philosophy and commitment of keeping all its lenses compatible with old and new SLRs and DSLRs, since its introduction in 1959. F mount is one of the only two SLR lens mounts which hasn’t been abandoned after the introduction of Auto Focus lenses (other being Pentax K-Mount). 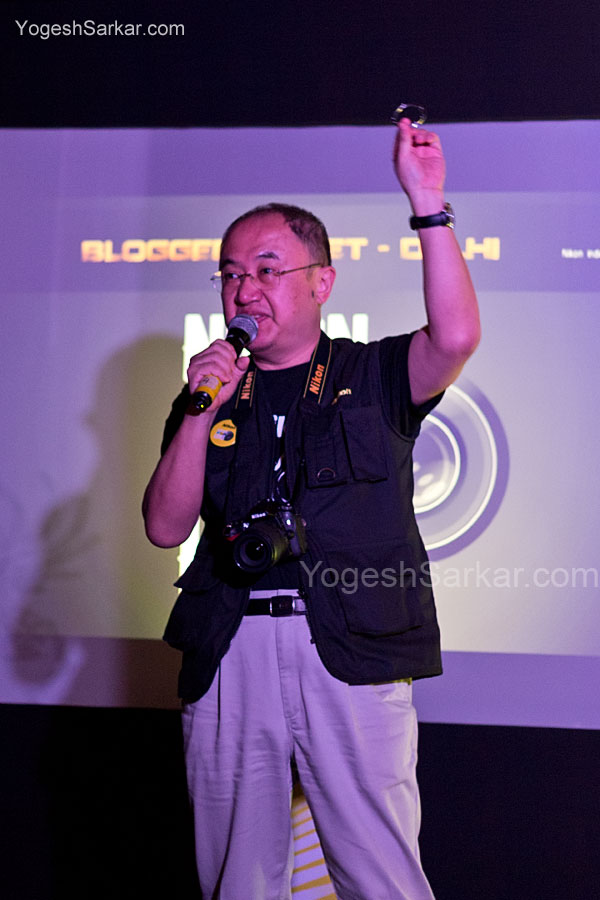 Pretty soon it was Nikon India Technical Team’s turn to take the stage and begin their technical session, touching various aspects of photography, from explaining various types of lenses to giving tips on how to shoot landscape, portraits, action, HDR, timelapse, videos etc.. 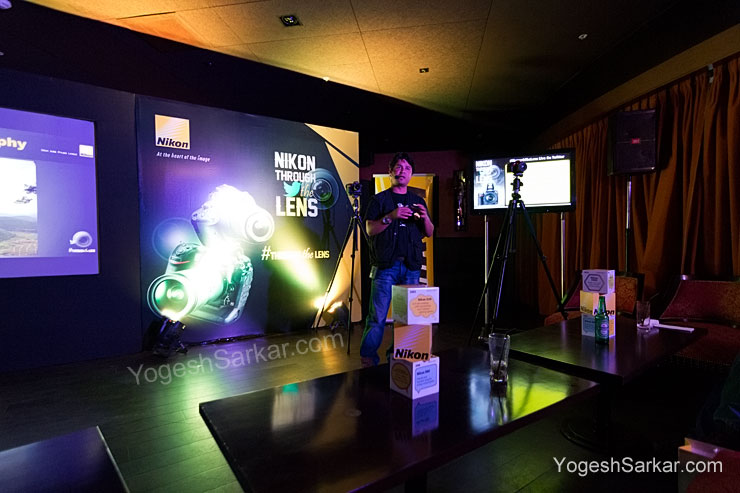 Icing on the cake were the beautiful photographs and videos Nikon India’s Technical Team had taken during various Nikon School Workshops, which were shown as examples, especially the time lapse videos from Ladakh, Sikkim and Aero India 2013.

Timelapse Photography is one genre of photography that I haven’t yet tried and I have been hoping and planning to try it soon, so I was quite eager to hear and learn what Abhishek had to say about this (you can view some of his photography work at his website.

Once the technical session got over, we got a chance to try Nikon’s various lenses and bodies, including the D4 with their top of the line telephoto prime and D5200 with Nikon’s Field Scope! 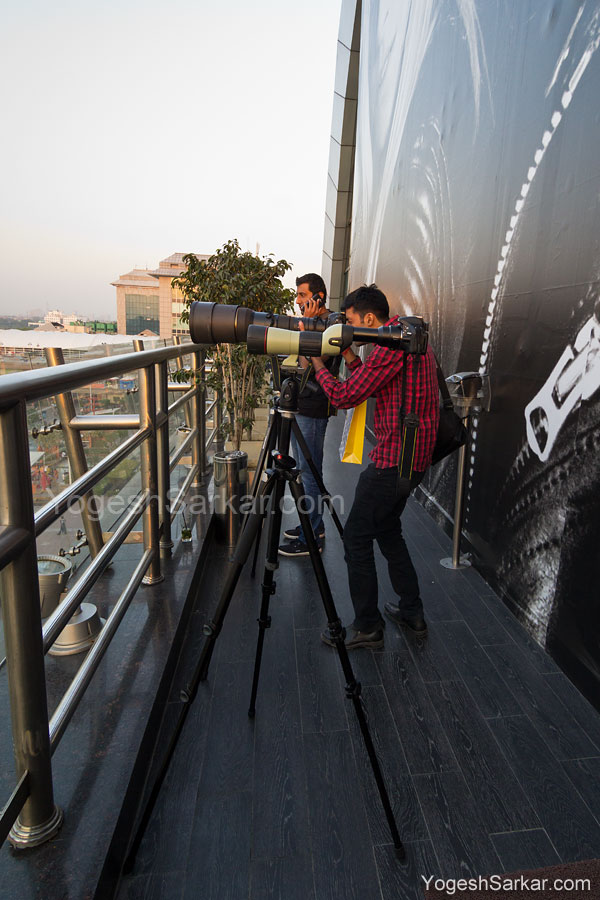 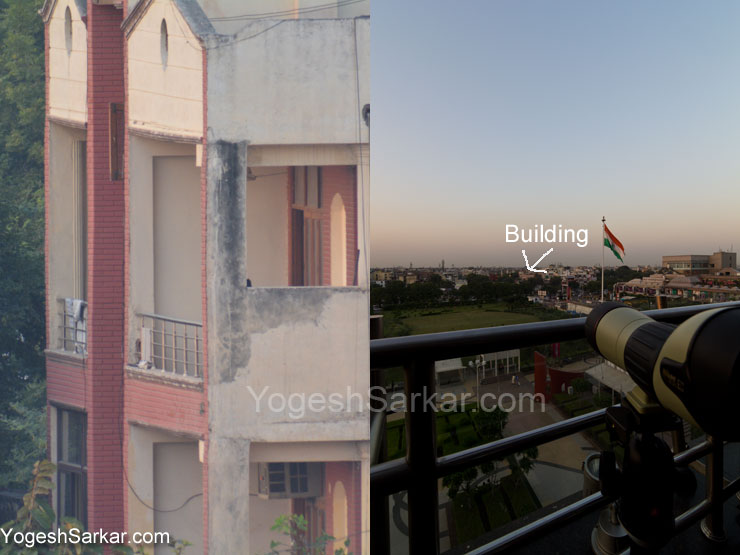 Needless to say, I was extremely impressed by the combination of fieldscope and DSLR.

What did disappoint me was the fact that there weren’t any D5300 around, which has just been launched by Nikon and was supposed to be launched at the blogger meet as well. Apart from this little hiccup, it was a great feeling to be part of Nikon’s through the lens blogger meet and getting to personally meet Mr. Raghu Rai, Abhishek Singh, Hiroshi Takashina and other Nikon India Officials.

I really hope, other imaging companies learn something from what Nikon is doing and organize similar events, and of course invite me to them, so that I can bring their coverage to you :).